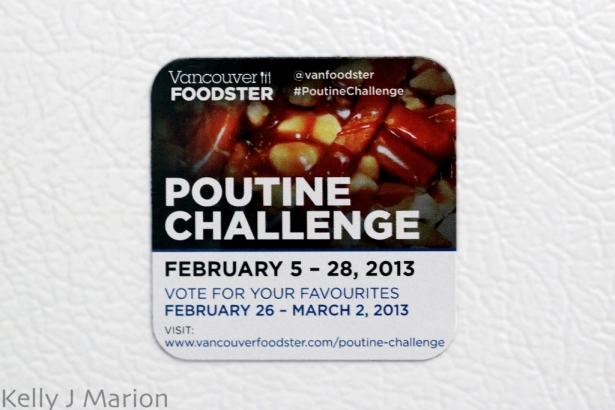 Photos by Kelly Jean Marion -- follow her at @kellyjean247

A new day, a new challenge! For Vancouver chefs that is...

Vancouver Foodster launched yet another culinary competition, and this time the focus is, our "national food", the poutine. The competition takes place from February 5th to 28th and features 21 different restaurants in Vancouver, Burnaby, Ladner, New Westminster, North Vancouver and even White Rock.

The chefs involved had no limitations on their creations, but were told to keep in mind that they would be judged on originality, creativity, uniqueness, price, value and, most importantly, taste.

I went on a media tour, led by Vancouver Foodster, to three of the participating restaurants in the Poutine Challenge - Darby's Pub in Kitsilano, 131 Water Kitchen and Bar in Gastown and Vancouver FanClub in downtown Vancouver. All of the chefs in this particular tour created very different versions of the dish, however there are five different takes on the pulled pork poutine in the challenge.

Our first stop of the day was at Darby's Pub. 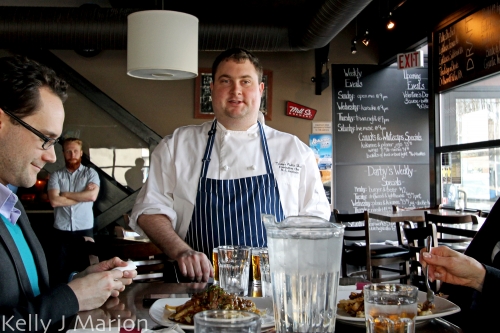 If you're not familiar with cambozola, I'll save you the Googling and tell you that it's a combination of French soft-ripened triple cream cheese and Italian Gorgonzola. Because of the strong flavour of this cheese, A.J. was wise to put only a small amount on the poutine so as to not overpower the other flavours. However, deconstructing the meal you'll notice that all of the flavours in the dish are robust and can hold their own, from the rich and addicting demi-glace, to the fatty and flavorful duck confit. Unlike the other ingredients, the caramelized onions were a bit more subtle and added just a nuance of sweetness to the otherwise salty serving. 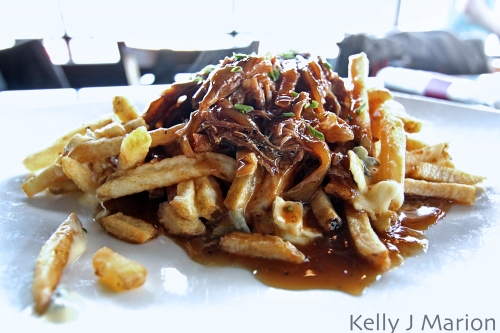 To go with the poutine we had some of Lighthouse's Switchback IPA, using the hops to mellow out the saltiness in the dish. 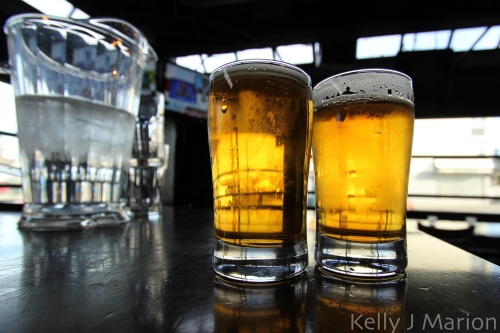 Would I order it again? Definitely, but to save my arteries I'd share it.

Our second stop was at 131 Water Kitchen & Bar, a restaurant that I didn't know about, let alone been inside of.

Derek Omar, 131 Water's Owner and Chef, took the sweet and salty trend of crispy chicken and waffles and turned it in to a topping for poutine. 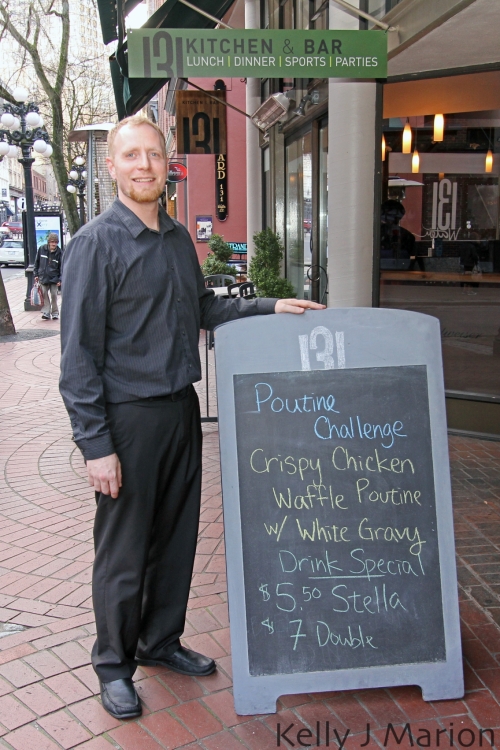 This Crispy Chicken and Waffle Poutine is made up of hand cut fries, a belgian waffle, cheese curds and breaded fried chicken smothered in white pepper gravy & finished with fresh cilantro.