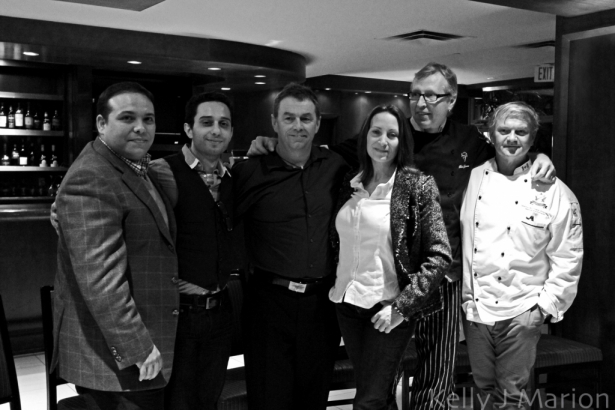 What do foodies do when they aren't eating, photographing or writing about food? They learn more about it, of course.

While being excited to hear from some very knowledgeable industry professionals, I was also eager to revisit the restaurant and sample what Chef Simon McNeil was preparing for the event. Word on the street was that he was preparing more than event organizer, Richard Wolak, had expected, which made the anticipation grow as the days counted down.

Chef Simon did not disappoint. With beautiful cheese, crackers, and candied nuts spilling off an elegantly laid out table, and sweet and savoury tapas coming from every angle, guests were satisfied if not stuffed by the time the speeches started. 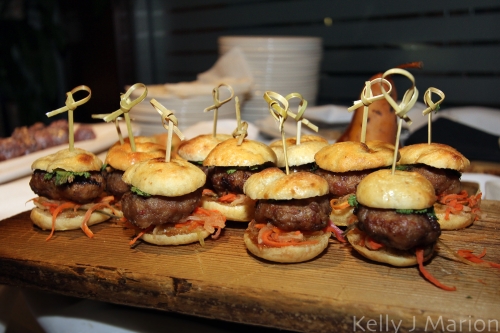 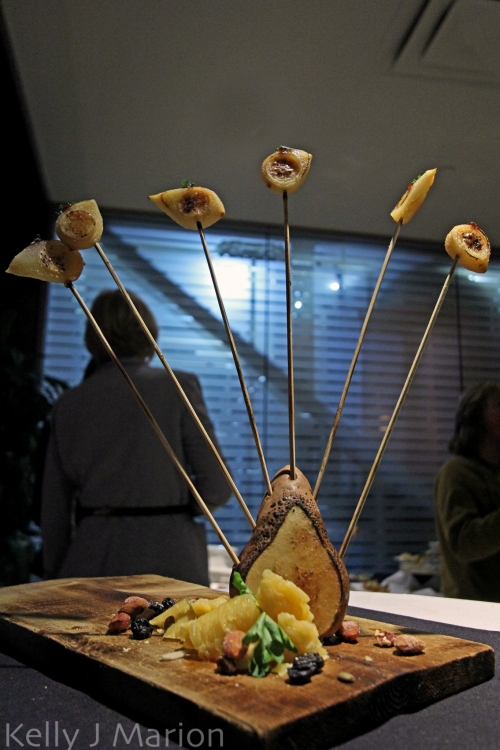 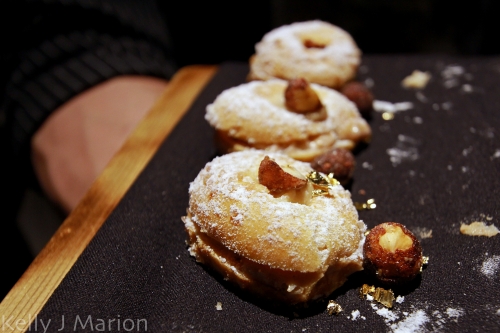 This event, like past Food Talks, focused on a variety of sectors in the food industry with a panel of inspiring individuals.

From the trials and tribulations of bringing something new to Vancouver, to individuals striving for that number one position and trying to do it all, this Food Talks related to many (if not all) of the individuals sitting in the audience.

After an introduction by Richard, James Coleridge, Founder and Maestro of Bella Gelateria, was the first to take the stage. 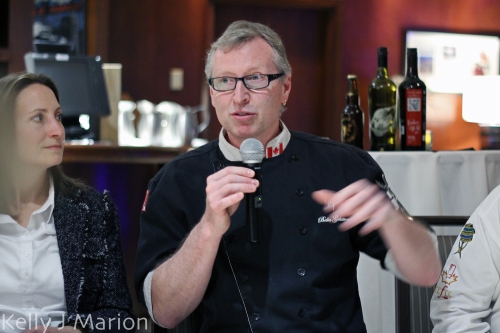 James opened shop in June 2010, the same year that he won the Gelato Pioneer's "The Father" in Carpigiani, Italy. He has since been the recipient of many awards, including top gelato master in the world.

With an open book attitude, he believes that nothing should be held secret for nothing can ever be duplicated exactly. Once a man who believed he could and should do it all he has now developed the ability to relinquish (some) control to others and mentor them just as he was. That said, while others are sleeping, he's most likely still working, racking up 19+ hours making his gelato with fresh, local ingredients.

His speech was heavy on personal accomplishments and awards, but the main takeaway was that without passion you'll never be the best -- do what you love, use your time wisely, develop your skills and expand your reach.

"Take 20 per cent of your time to play," he advised. "Make mistakes, experiment, have fun. Find your passion." 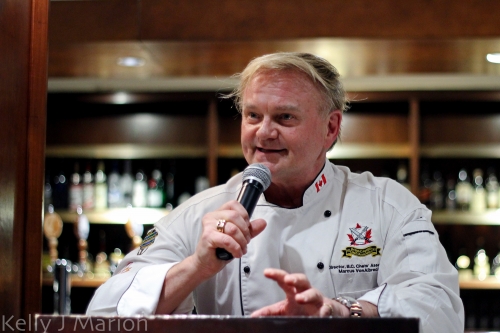 Marcus exudes a laissez-fair attitude and a charm that could get him in to any party. "I don't work" he explained as he listed all of the pots he has his hands in. He is an owner of Mava Foods, the Principal behind XFour Handcrafted Vodka, the past President of the BC Chefs’ Association, chair of the New Food Products Panel for the Canadian Council of Grocers and Vice President of North America - AREGALA.

Marcus focused less on his achievements as he did on the importance of supporting local artisans and producers. Practising what he preaches his X4 spirits are made from local ingredients.

A Bremner’s blueberry juice-enhanced vodka will be the newest product to hit the shelves in the near future.

"I sat down and made Vodka, it was the best year of my life" 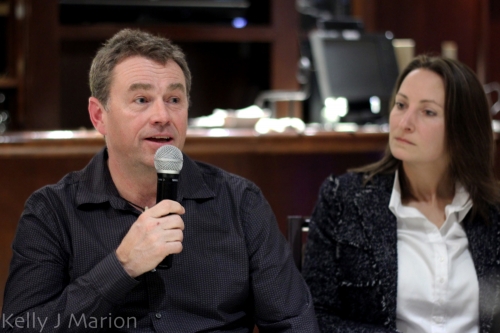