After a stroke, rebirth as a comic artist 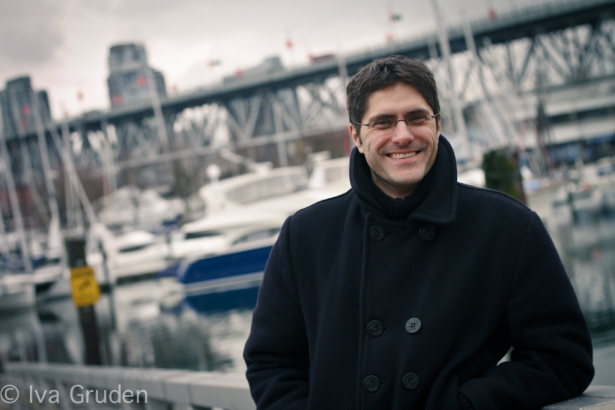 It was a brief, terrifying stroke at the young age of 29 that prompted Paris-born artist Alex (he has a last name, but prefers to remain mononymous) the focus in his life passion as a cartoon artist.

Until that moment, Alex had tried his hand at just about everything: former long-term technician at a France TV, a graphic designer, A-class swimmer, karate kid and model (his ad for banana flavoured condoms caused quite a stir), law school, computer science and acting.

Then came the sudden stroke: doctors predicted he never to walk, talk, read or write again. But betraying all expectations, Alex not only did all this, but found a new meaning to his life: to make people smile with his drawings.

"I just want people to smile," he said. "After all, isn't that the best way to show teeth to your destiny? 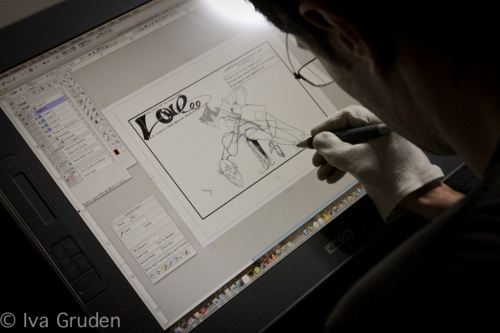 First scrapbook, then digital drawing board. Photo by Iva Gruden

"I never were a talented cartoonist but was inspired by many of them, foremost Gotlib, André Franquin, Hergé, Burne Hogarth. One day, though, I decided I will draw," he explained.

"So I diligently practiced and practiced, and everyone around me thought I was nuts, but in the end, I mastered it," recollects his cartooning path."

His new career picked up after moving to Vancouver. He established a publishing company by the name Shmilblick (a tongue twister for non-French speakers), a term created by French humorist Pierre Dac in the 1950s, which means something that does absolutely everything and anything.

So good were his drawings that he eventulaly published them around the globe: his comic strip Black Belt Yoga was published in Hong Kong magazine Asana Journal, while others were published on Cloudscape Comics website. He held a cartooning position with Vancouver's French community newspaper L'Express du Pacifique.

But his biggest triumph is the book Lone Lee: Hymn of the Voiceless, a graphic novel of two heroes Mr. Lone and Miss Lee, looking for love, imagining it, and in the end living it. He has published the first part, and is working on two more books to complete his saga.

"[Lone Lee] is about finding love. It is about why the world is such a mess, who is responsible for it, and how we can restore it." And the answer, he believes, is love.

Of course, love. How very French.

And why would I want to read yet another love story? It is the most abused subject in the history of humankind. "Because this one is different," he claims.

"Lone falls into a coma... and all the developments are just in his imagination, so there is no limits to it. We are all Lone Lee. Lonely. And looking for love." 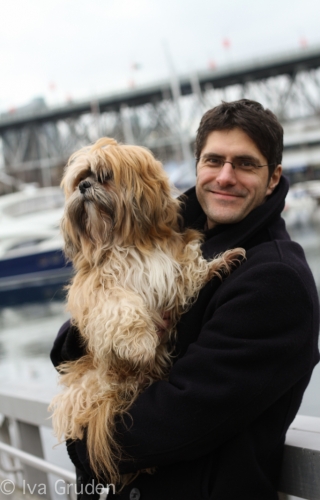 I turn the first page.

So there is Lone, dressed as a Tarzan, and then Miss Lee, his nurse, trying to bring him back into reality by entering his dreams. But wait, then there is Lone as a Roman soldier, and as a Russian servant, and much more.

"We all change our faces and roles daily. That is why all characters have different roles," he explains.

Flipping the 34 pages I am convinced: this is different from any other love story out there.

The main story revolves around music and its power – think string theory. You can understand how Alex, being a science geek, finished high school at the age of 16 as he quickly got bored with the program.

The story is therefore not just a cartoon, but a mirror to our society. The question is: do we want to see it for what it is? Probably not; that is why people resort to fantasies.

"The more you know people, the more complicated it gets. We are all trapped in our bodies and mind. Only imagination liberates us. And that is what happens in Lone Lee story. Lone is imagining a new world, a world of truth and love," he said.

"Because it is much easier to love your fantasy than reality. And he manages to capture the reality of Miss Lee and turn it into a new fantasy world, where everything is possible."

Even love: so simple, yet we have made it so complicated that it appears alien. Especially in Vancouver, the city of singles, as many nicknamed it, where finding your significant other – except in the online world – has become an almost extinct species.

"Love is the one thing we are always looking for. The only way to escape and rise above our miserable reality is hope and love," Alex concludes.