Jenna Herbut of Make It! is revolutionizing craft fairs 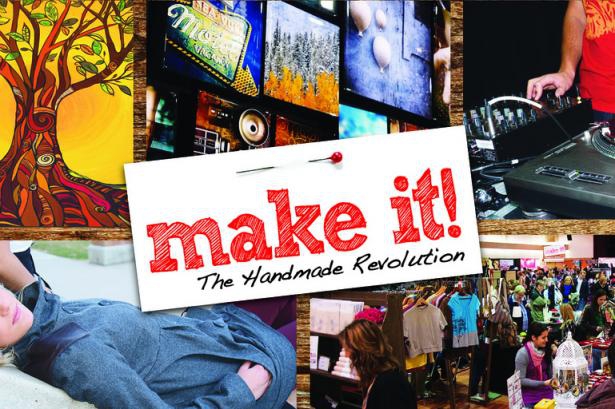 With the popularity of social networks like Pinterest and online business ventures like Etsy and Cargoh, it’s no surprise to see a renewed movement in the do it yourself  (DIY) industry and creative businesses growing at a rapid rate.

And what seem to be at the cusp of these moments are the revolution of craft fairs. Jenna Herbut, a designer, created Make it! A craft fair that takes place in Vancouver and Edmonton, aimed to connect buyers with artists, crafters and designers in a upbeat, hip and contemporary atmosphere. 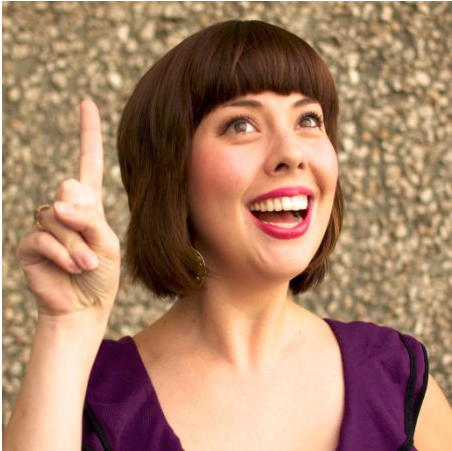 Jenna Herbut, co-founder of Make It!

Herbut developed her entrepreneurial spirit a young age. Always been artsy and crafty, Herbut begun “Jenna’s Jewelry” in junior high, selling to her peers and answering sales calls with her mom. Knowing she was meant to do something creative, she originally wanted to persue dancing and acting. But upon the persistence of her parents, Jenna went to business school at the University of Alberta.  With graduation on the horizion, the job perspectives that faced Jenna didn’t appeal to her, but in her final year of University,  Jenna created “Booty Beltz”, a line of fabric belts as part of a project. What began as a hypothetical business turned into a full time career.  Partnering with growing companies such as Etsy and with a desire to sell to a younger audience, Jenna decided to change the industry and give craft shows the resurgence it needed.

I was a designer myself and I was doing various craft shows around the country. I started doing shows 5 to 6 years ago and there wasn’t anything that was cool or funky about them. I thought to myself, if these shows were angled at a younger demographic, there would be more people going. If there was booze and music, it would be a lot cooler, upbeat, hip and more contemporary atmosphere. 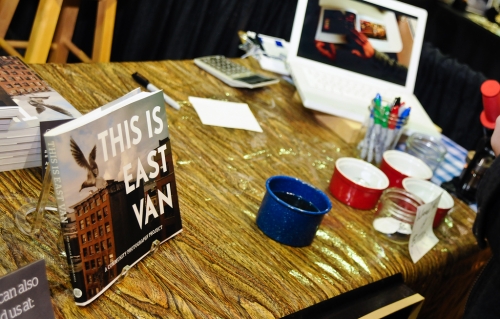 The first show I did was in Edmonton [where Herbut was living at the time], with another designer.  Around three and a half years ago, I started producing Make It! with my brother.  Noticing that there wasn’t a lot of stuff for guys at craft shows and seeing a niche, my brother Chandler started his t-shirt line, Ole Originals only a month before the show started.

No sugar coating! We are very direct with each other, there’s no bullshit. It saves time being really direct. With family, you can trust them 100%. With friends, you can never totally know because family is forever. Even if they don’t agree with you, they want what’s best for you.

What is the future of Make it? any plans to move into other cities?

We expanded to Calgary and did 3 shows, but it was hard having the shows back to back. We didn’t want to travel all the time. It’s a totally different beast in each city. To tackle a new city and if you didn’t know the scene, it’s a lot of work. Instead, our game plan is to grow the shows in the cities we are in currently. Between the two cities, we are working with over 600 designers.

What are the challenges in producing a show like this?

One strategy that we keep near and dear to our hearts, that other people event producers don’t do, is to [treat each show like] it’s our first show. We put that much drive, work and enthusiasm into our work. We don’t assume people know about the event. When we do our promotional stuff, we act like no one has heard about it. We see it over and over again, if you get lazy and complacent, you will lose customers. It’s about taking a fresher approach and never taking [your audience] for granted. 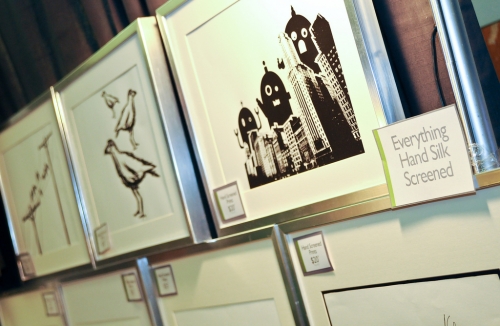 One thing that reoccurs that is so cool, is when you hear that someone is able to quit their full time job that they hate because they can sustain themselves doing something they’re passion about. It warms my heart cause it feels like you can make a difference. It’s cool to hear because I can totally relate to that. It’s something so cool when you have an idea in your head and you make it into a tangible object that people will buy. It feels full circle for me because I can provide a platform for other people to do what I was looking for in the beginning of my career.

Another cool nugget is that a lot of customers that walk through the event become our vendors [the following year]. It’s cool to see people, who were crafty when they are younger, become inspired.

What is the best advice you can give to up and coming entrepreneurs especially those in the DIY industry?

With business in general, be consistent. For designers, branding needs to be consistent. With consistency, you have to know who your customer is and be able to communicate with them all the time. Otherwise, they can get confused and turned off.

With blogging, you have to commit to it or every week or every month at minimum. Customers, if they love the brand, they want to hear from you. The best way to build up your clientele is to find your hardcore fans and it just builds and builds.

Also, dream really big, having a big picture is good and just know that it can change. I never thought in a zillion years I would organize craft shows! I just knew I wanted to do something on a large level and thinking about doing something big could drive you and give you momentum.

And for those inspiring DIY artists out there who want to take their product to the next level, Jenna is offering her skills and expertise. Through Make it University, Jenna teaches online courses to inspire crafty entrepreneurs to take their creativity and passion and turn it into a successful business.