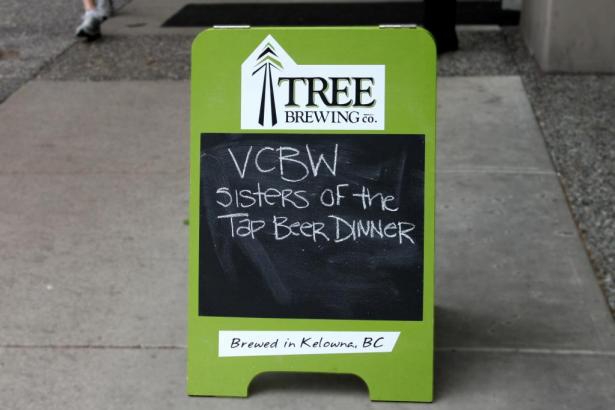 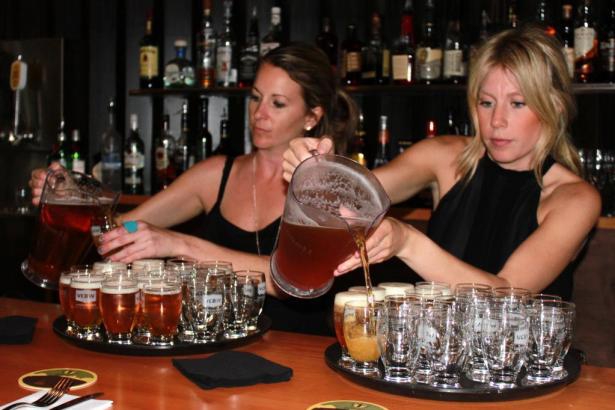 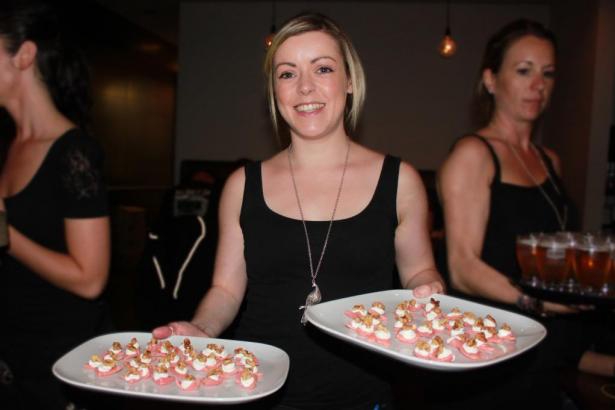 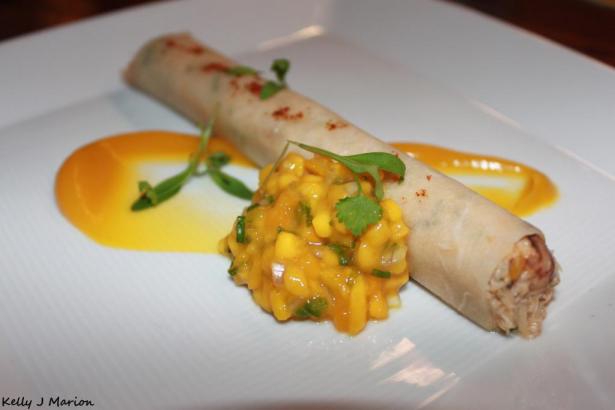 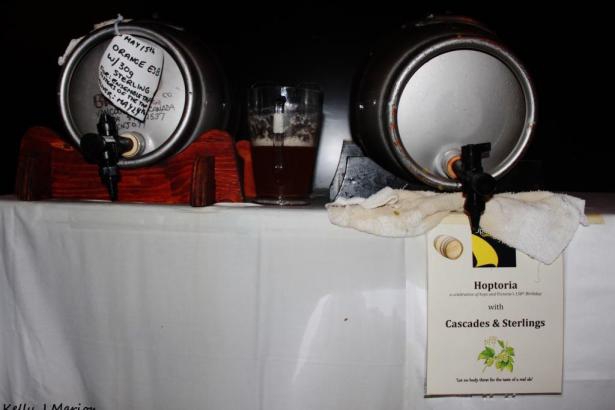 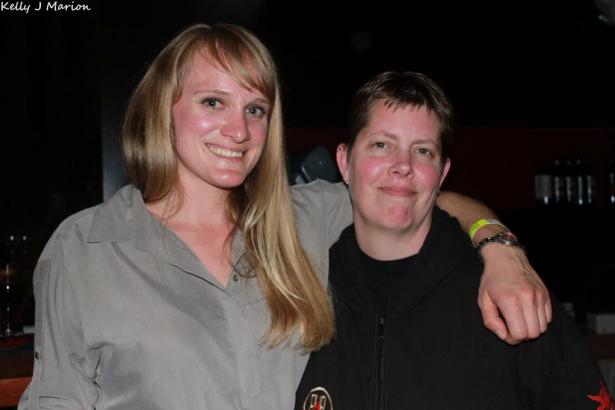 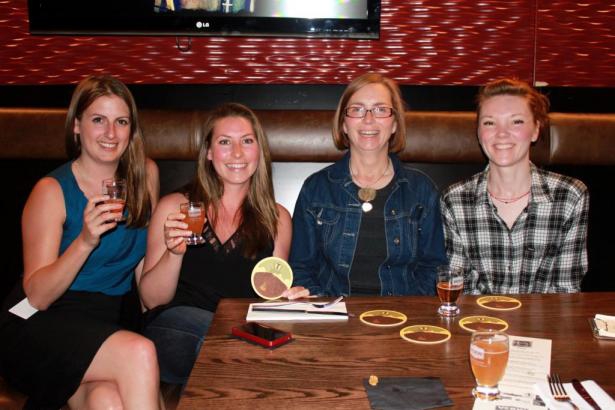 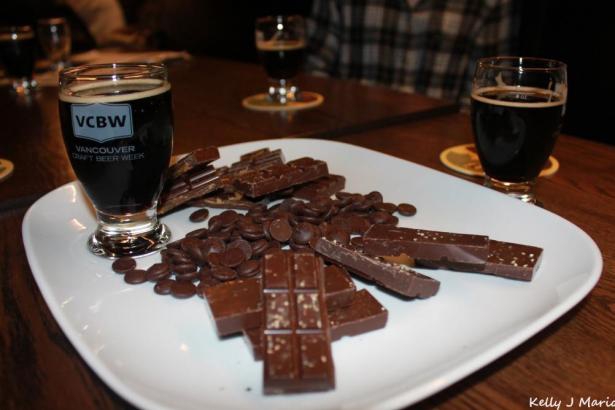 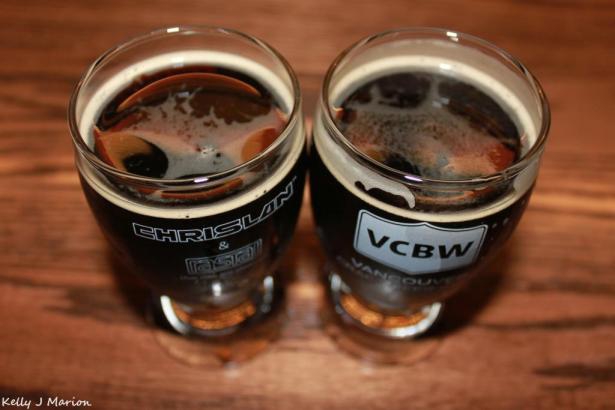 Call me biased, but when women put their mind and heart in to something, they seem to thrive in it no problem. In the past decade, jobs that were once denied to them due to gender, or frowned upon if their chosen industry, are now transitioning in to common roles for them.

Sisters of the Tap, formerly known as Women And Beer, is a great example of women working in a male-dominated industry. Six different breweries were showcased at Thursday's event, each being represented by women who have creative direction in the beer made. Spinnaker’s Kala Hadfield, Big River’s Claire Connolly, R&B’s Kim Marrington, and Crannog Ale’s Rebecca Kneen, Leslie Fenn of Howe Sound Brewing, Karen Skadsheim of Townsite Brewing, and Becky Julseth of Saltspring Island Ales were the women in power that night. Each had the opportunity to explain their beer, its influence and a little about their brewery.

The night began with a glass of Saltspring Island Elderflower Golden Ale, a medium bodied cream ale with a hint of lemon flavour to accompany the floral notes. It was a nice light drink and a unique flavour to start the night, emphasizing the fact that we were in for a night of trying special brews for the event. 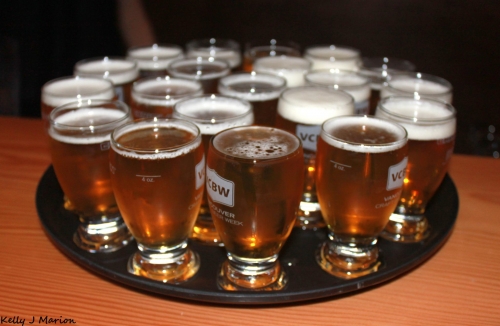 After a few schooners of the Elderflower beer it was time for a taste of Townsite's Zunga Golden Blonde Ale. The name references the rope swings (often over water) that are common in Powell River, and where the term Zunga was coined. As Karen explained her beer to us, she also mentioned that where the brewery stands now was an old Canada Post building. Upon discovering the building she decided that the perfect fit in that location would be a brewery and as of a month ago that's how it stands.

While these beers were being doled out by the lovely staff at Ensemble we were also tempted with cheese-filled pastry canapés and walnut and goat cheese crisps. 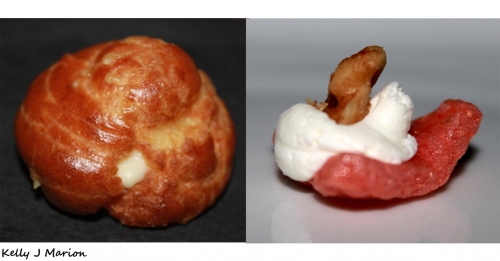 Top Chef Canada winner Chef Dale Mackay prepared an amazing array of dishes, from dungeoness crab with mango salsa to melt in your mouth beef shin, leaving everyone in the crowd licking their lips (and maybe their plates). Prior to the event he was given the opportunity to taste all of the beers and was then given the responsibilty of pairing dishes that would complement the notes of the beer. As a chef, it's usually the other way around, and it's the sommolier's or cicerone's duty to do the pairing, so this was an interesting twist on things but not unfamiliar to the Ensemble team as they have monthly beer pairing dinners.

To switch the night from slightly bitter and hoppy beers to a dry, fruity flavour Howe Sound Brewing poured their popular 4 Way Fruit Ale next. This beer was influenced by Leslie's vacations to Vietnam and Australia and boasted flavours of pomegrante, passionfruit, mango and raspberry. It was paired with Chef Mackay’s Dungeness crab daikon roll with mexican spice and served with a mango purée and mango, corn salsa. 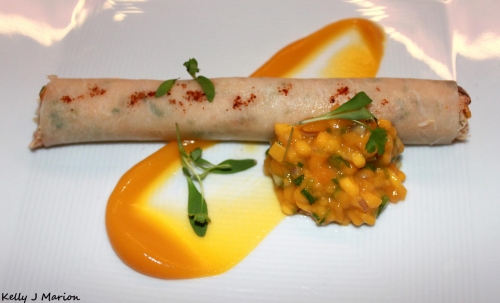 We were next served slow baked BC halibut, with English peas, pea shoots, and fresh horseradish, alongside Big River Brewpub’s Vienna Lager. This dish was mild in flavour in all elements with it's simple, perfectly cooked halibut and it's accompaniments of pureed green peas, and was strategically paired with the malty full-bodied lager.