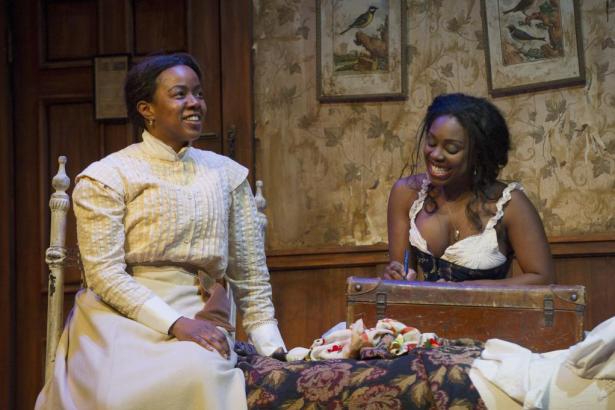 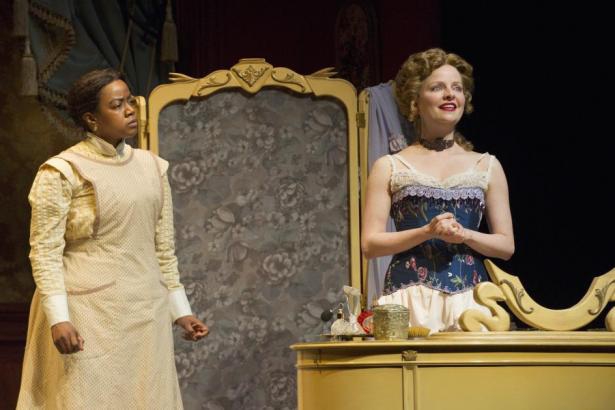 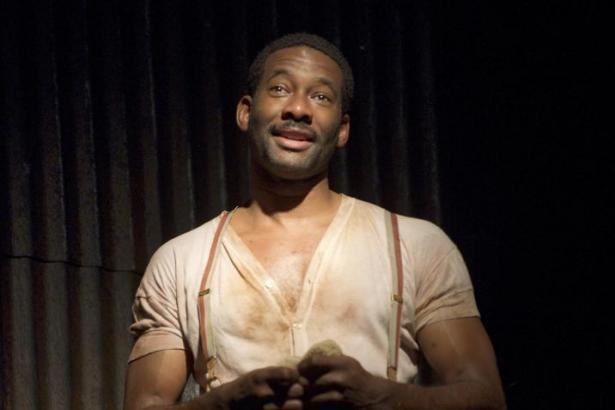 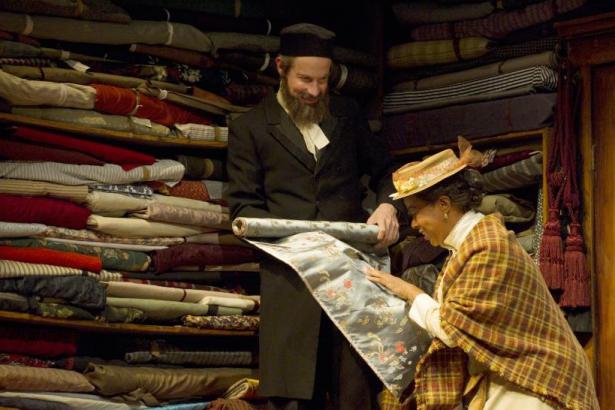 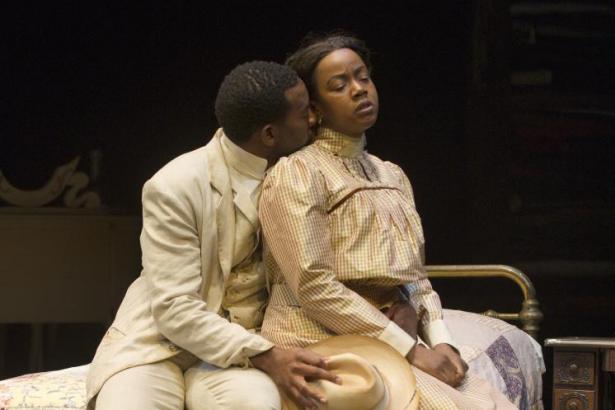 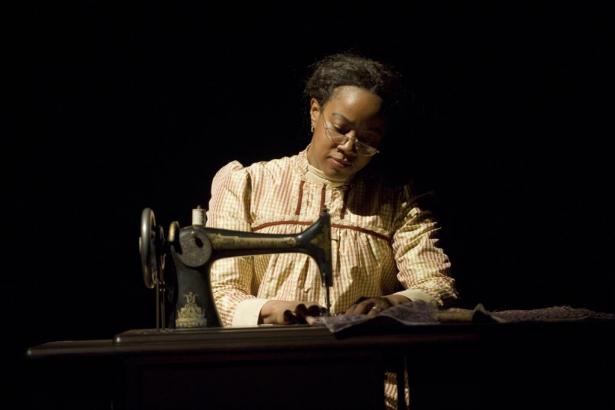 Hopes and dreams, constrained by limitations. Yearning and desire, curtailed by boundaries. Wealth and glamour, coupled with poverty.

In 1905, when Intimate Apparel is set, there were all of these, just as there are today. Despite many differences in the extremity of class, race and gender separations, these problems still exist a century later, in 2012.

As diligent as she is habitual, she creates beaded corsets and other intimates day after day for wealthy Fifth Avenue brides. We see her make intricate designs like the Gardenia ball corset, made of pink silk and crêpe de Chine, as well as the wedding corset, a white satin embroidered with orange blossoms.

Although she enjoys sewing and clearly has a gift for it, it's quite obvious that the desire to marry and sew her own wedding corset runs through her veins on a daily basis. Alas, she's in a conundrum as she has low self-esteem because of her physical appearance, but is not quite desperate enough to settle with just any man.

When, out of the blue, Esther receives a handwritten letter in the mail, she is taken aback upon discovering it is from a man from Panama named George who has taken interest in her. Despite being called foolish by Mrs. Dickson, the woman whose room she rents, Esther holds on to the letter contemplating whether she should, and how she can, write him back -- Esther can neither read nor write.

But she is smitten by the idea of being George's object of desire, and wonders if she may one day meet him and be married. She turns to Mrs. Vanburen, a regular customer, and Mayme (Marsha Regis), her sassy confidante, for help in writing to George.

Through these letters, a relationship forms between not only Ester and George, but the women as well.

The play is about people wishing they can escape their everyday lives. From Mrs. Vanburen, who is in an unfulfilling marriage, to Mayme, who longs to escape selling her body in saloons for life as a pianist.

"For a dollar, they think they own you," she bellows as she plays music for Esther, breasts hanging out and hair messy as though she's just been with a "client."

Even Mr. Marks, the Orthodox Jewish fabric merchant who through expression seems happy, speaks as though he yearns to be living a different life to some degree. Although fully devout, he hints that his arranged marriage and his everyday black attire are not what his true self wants.

He comments on Esther's perfect sewing hands, while lamenting that his "Romanian sausage-like fingers" prevent him from carrying on his family tradition of tailoring. There's so much sexual tension in the air it's frustrating for both the characters and the audience. But the idea of it is impractical, as is many of the hopes and desires of the characters. They must be contained as a woman's body is in in a corset.

Intimate Apparel is a great story of New York in its era of ultimate struggle with separation in class, race and gender. It's strong in character development, witty and controversial at times, and it has a well-designed stage and costume set.

The cast does an excellent job of representing the individual personalities of their characters, allowing the play to piece together beautifully and depict exactly what Lynn Nottage scripted. Full of twists and heartaches, it's no fairytale, but a true portrayal of life in 1905.

The sets are very realistic, from Mayme's room in the brothel house to the fabric store and Mrs. VanBuren's bedroom. The stage direction is so well planned you don't realize they're moving sets around while you're being distracted elsewhere in the room.

It's all of these elements that make the play a worthwhile experience and an intriguing story.

Curious as to what the actors had to say about the play, I attended a panel discussion with the cast.

An African-American woman behind me had a lot of emotion for the play and the casting choice.

"This is disgusting," I heard her mutter under her breath. I didn't know what she was referring to until she asked the panel: Why there was a need to have Caucasians in the play?

The panel answered in many different ways.

"Without having ethnic diversity, the whole play would be hogwash," said Darren, who played George. "It was a place of (immigration), like Vancouver, so it needs to reflect that. If it were all one race it wouldn't be 'real' for anyone."

Another response was that the play "speaks to the reality of worlds where people barely interact; where they meet in bubbles only on the perimeter, whether it's different races or classes."

Also mentioned was that race was a facet of character empowerment, particularly in the relationship between Mrs. VanBuren and Esther. One audience member noted the importance of the kiss between the two as shock value, not only due to same sex and their different classes, but because of the racial blending, uncommon during that time.

The show will be playing until March 10th. Visit the Arts Club’s website for more info and showtimes for Intimate Apparel.