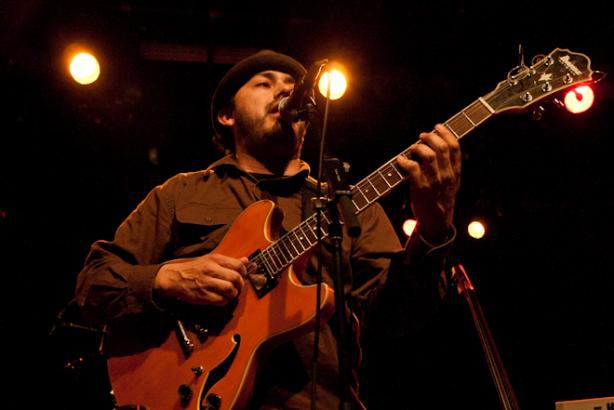 Last November, Vancouver's music community was reeling in shock from the death of musician Randy Ponzio. The 35-year-old songwriter and father of three touched many lives with his passionate lyrics and humanitarian efforts.

To celebrate Ponzio's life and legacy, a benefit concert will be held at the Commodore Ballroom on Friday (Feb. 17), with proceeds supporting his three children Shae, Jalen and Kairah. Hey Ocean!, Kyprios, Chin Injeti, and a slate of talented local musicians will be headlining the event.

“Randy left behind a legacy of humanitarianism, love and support to all those people who knew him,” said Nova Koocher, his manager.

Koocher emphasized Ponzio's role as a father, and said the concert would raise important financial support for the family he left behind.

“All of his friends knew that the purpose for his success was to provide for his children, who were the light and love of his life."

"He was a good father, a good friend, and a good man.”

Ponzio's career was on the verge of a breakthrough before his untimely death. He won the Shore 104.3FM song search for his song Bigger than You and Me, and had opened for Ziggy Marley at the Vogue Theatre.

The humanitarian work which Ponzio had participated in, in places such as The Philippines, Mexico, and countries in East Africa just to list a few, were his primary inspiration for many of his songs. Even before entrenching himself in the music world, Randy had traveled to the Philippines and established a birth clinic and feeding program for mothers and malnourished children, which to this very day is still in operation. He also worked in eastern Africa working with children there, and had witnessed the post election violence first-hand in Kenya in January of 2008.

Tickets are 40$ and they can be found at the following locations, Red Cat Records, Highlife World Music and at Ticketmaster and Live Nation.

For the People: a benefit concert for the children of Randy Ponzio