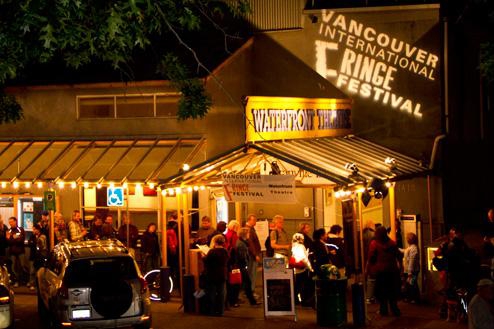 This post took a while to do, and I think that's a good indication that there's a lot going on in Vancouver this weekend. So I'll keep this short.

My only news is that we're losing yet another Bee after this week. After a year of amazing contributions, Lorien will be stepping back. Luckily, she promises to keep us in the loop with all her upcoming events. So thank you Lorien and to the rest of you, have yourself a great weekend.

Come celebrate Greenpeace's 40th anniversary and their efforts to protect our environment at the Rainbow Warrior Festival. The festival features the Action Zone, which gives a taste of how they take part in civil disobedience and how they bring attention to environmental crimes. There is a Kid Zone with storytelling, face painting and banner making and a Campaign Zone providing information about their campaigns, past and future.  The one-day festival has multiple musical acts and speakers on the main stage.

Join the Downtown Eastside Women Centre Power of Women Group in the 5th Annual March for Women's Housing and March Against Poverty. All genders are welcome and celebrated. This march is child-friendly and there will be a rest-vehicle for elders. This year, we celebrate the recent victory that has forced the provincial government to commit funding to a 24-hour low barrier shelter for women as a result of our collective efforts. Bonus: Immediately followed by block party.

In 1983, UNIT/PITT presented the Wrong Wave Festival. Twenty-eight years later, they are presenting Vancouverites three nights of music by artists, or more specifically music by artists’ bands. Curated by The Music Appreciation Society, the festival will consist of two nights of bands and DJs at The Waldorf Hotel; a one-night “chamber performance” by Mathew Sawyer; and a panel discussion /listening event on the history of the influential Vancouver art band UJ3RK5. thanks: instant coffee!

Five Sixty, Satellite Gallery and Blanket Contemporary Art Inc. invite Vancouverites to MIX; from the gallery to the club, from art to video to performance. For just one evening, the lines between our spaces will blur as visitors are invited to be social, to explore all of the spaces of 560 Seymour and to encounter new, unexpected practices in art.