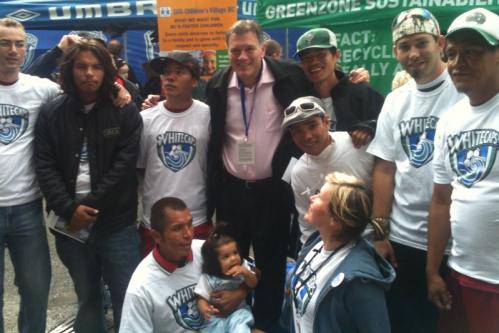 The current Homeless World Cup roster for Rio is:

The team has faced many challenges in its effort to get to Rio, in addition to the fundraising challenges the process of getting visas and passports has been very challenging. Many of the players lacked original ID. One player had to take a driver's test 3 times in order to get a second piece of ID so that he could get a passport. The whole process of getting visas and passports was made possible through Leo Cooper's tireless efforts.

The team departs September 15th and a sendoff is being planned. People and organizations from around the community continue to support the team. Vancouver Whitecaps President Bobby Lenarduzzi invited the team to the Whitecaps Game against Puerto Rico Islanders on September 5th.

There will be another story about the team on Radio Canada 7 on Sunday night between 6 and 6:30 PM.