World Cup: Tribute to those going home. Qualifiers must show their mettle. 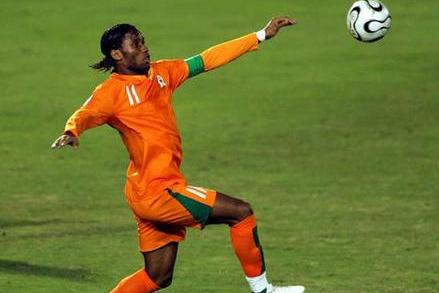 The group stage in this World Cup was fairly typical of the group stage in the world cups since it went to its current format. There were a number of surprise results, but for the most part the favourites qualified. The huge surprise of the group stage was when a lacklustre Italy squad deservedly failed to qualify from what should have been a relatively easy group. Many will see France's failure to qualify as a surprise, but since Zidane's retirement France, despite a wealth of stars (Riberry, Henri, Evra, Anelka? Melouda to name a few) has been singularly unimpressive. It was no accident that they had such difficulty in qualifying and I was not surprised at their poor performance, though no one could have predicted the team's internal meltdown. With the elimination of France and Italy for the first time both finalists from the previous World Cup have failed to qualify for the elimination rounds. The failure to qualify is a virtual national scandal in both countries. France's president has intervened with the team over the national disgrace and Italy's press have pilloried the coach and team.

Qualifiers Must Yet Show Their Mettle

A number of teams that have looked excellent in qualifying must yet prove their mettle in the Knockout stage. Often excellence in the group stage is not followed with good results in the elimination stage. At the end of the group stage Uruguay, Mexico, Chile, the Netherlands, the USA and perhaps Argentina were among these at the end of the group stage. (Uruguay's just completed defeat of South Korea has answered some questions of their team). Conversely, it is often true that powerful teams such as England, Germany and Spain look pedestrian in the group stage but perform strongly in the knockout stage. of course, Germany and England will only have one game to prove this as they play each other in the 3rd game of the round of 16.

And a Sad Farewell to...

Every World Cup produces teams that perform above the level that was expected, and/or play such enterprising soccer that its a shame they didn't go on. The tournament will not miss the dour Greeks, or the defensive Swiss who failed to qualify despite their shock victory against Spain. However, who could not feel sorry for Slovenia. A tiny country with a population of only 2 million, Slovenia qualified, for the tournament amazingly by defeating a heavily favoured Russia in a two game qualifier. Then in their group they defeated Algeria and only failed to qualify because of two late goals by the USA (first in their match with Slovenia and second in the USAmatch with Algeria). The competition will also be poorer for the absence of the fine African teams Cote D'Ivoire (and particularly star striker Didier Droghba) and Nigeria. New Zealand will undoubtedly go home proud of their amazing performance. They were one of only 9 undefeated teams at the tournament despite being ranked 78th in the world (20 places behind Canada!!). Unfortunately their 3 draws were not enough to take them out of the group. They could have qualified had referee Batres not been deceived by a blatant dive from Italy's De Rossi in the penalty area. Their draw against Italy did help to ensure that the champions went home. Finally of course, the host Bafana Bafana team played enterprising football and only lost out on goal average because of a poor performance against Uruguay. This will be the first World Cup in which a host nation has not qualified for the knockout stages. To those teams we bid a sad farewell.