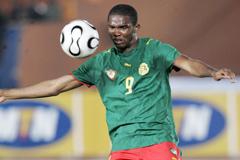 This all European match is the marquee match of the day. Ranked 4th in the World the Netherlands are favoured over 36th ranked Denmark. The Netherlands expect to do well in the tournament, but Denmark have played well in qualifying and should provide stiff opposition. Denmark will be happy with a draw Anything less than 3 points for the Netherlands will be a failure.

After South Africa’s draw against Mexico and Ghana’s win against Serbia this a chance for a third African team to make a good start. Cameroon are the highest ranked African team in the tournament, ranked 19th in the world and are perhaps the most complete African team. They will expect to do well against 45th ranked Japan. Both teams will be looking for a win to increase their prospects of qualifying 2nd to the Netherlands.

Should be a tough match. Italy will be favoured but don’t be surprised to see Paraguay grab a draw as Italy are notoriously slow starters in the World Cup.