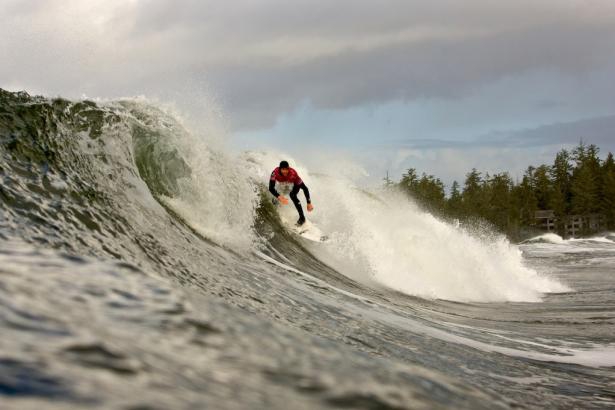 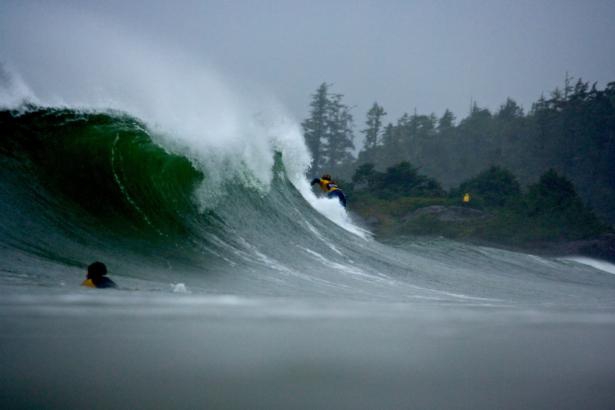 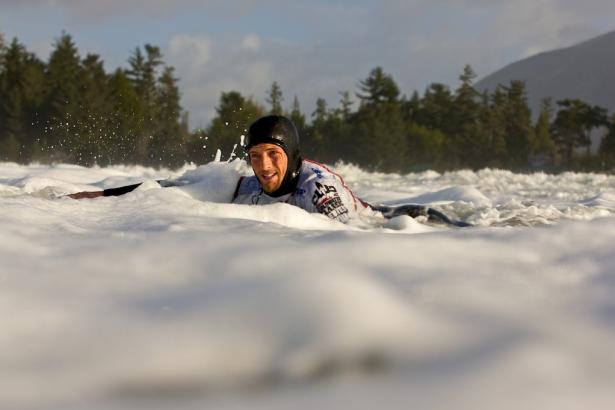 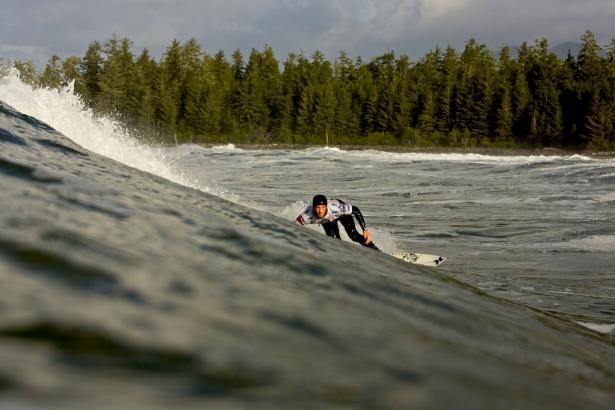 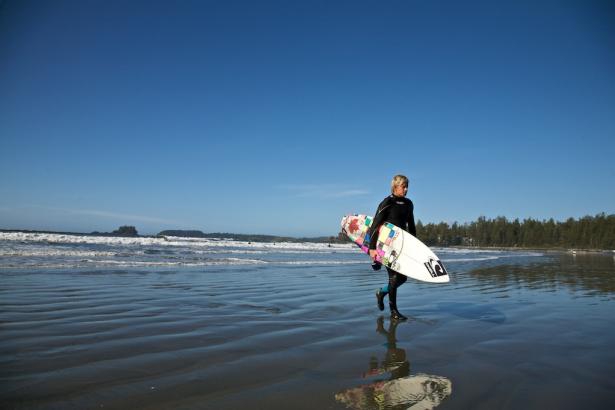 It’s a place of vast beauty, endless beaches and foaming waves: a storm watcher’s delight. With lush green rainforests, idyllic scenery and diverse wildlife, Tofino, BC, a coastal town of about 2,000, is often referred to as nature’s paradise.

Located on Vancouver Island’s west coast, Tofino is a popular destination
all-year round. This hearty community sees about a million visitors annually. “Tofino has really become well-known in the last ten years. People have been coming here for quite a long time, but really in the past three to four years, there has been a surge. Tofino is fuller in the summertime than it used to be," said Christine Allman,Tourism Tofino Visitor Services Manager. Though they have great marketing, Allman believes that it's mostly because of word-of-mouth that Tofino has become such a popular place of visit.

During winter time, Tofino’s beaches transform. Howling winds and ten-metre high waves take on an artform of their own, wowing their audience with a spectacle like no other. Waves swell and crash, rise and fall. There’s something romantic and calming about a stormy night. After the storm subsides, visitors are encouraged to get out and look for treasures on the beach.

Then every March, Pacific Rim Whale Festival celebrates the migration of thousands of grey whales. This annual event draws just as many spectators in Tofino, Ucluelet and the Pacific Rim National Park. Tourists and locals gather to see these majestic giant fishmake their way north. But this is not just a celebration of the whales. It’s also a celebration of locals’coastal lives. March 19 to 27 will mark its 25th annual Pacific Rim Festival.

For a stunning wildlife adventure, there is a six-hour (four-person minimum) tour where one can spot a bear hanging out by the shoreline or whales playing peek-a-boo. On the mudflats, shorebirds hangout. It’s open everyday in the summer.

Perhaps best of all, Tofino is inexpensive to enjoy. There are parks, and “public access beautiful sandy beaches are free,” assured Allman. So it’s a big plus,” she added. There’s surfing, kayaking, spa, hiking. Scenic views are a joy of their own. “Hotsprings are a huge draw,” admitted Allman.
Certainly, Tofino's got a bit for everyone. Ocean Village Beach Resort, on MacKenzie Beach, is Tofino’s original waterfront retreat. It’s a direct entry way to the beach. A rustic doorway to wilderness. An inexpensive family vacation.

Tofino’s waters are often occupied with eager surfers who come especially for its waves. It was reported in Tourism BC that, “Tofino was named the best surf town in North America in Outside Magazine's 2010 Editors' Choiceawards.“

Allman assures that “while dining tends to be on the pricy side, some places are cheaper than others, like pubs and bakeries."

Her only tip is to book in advance for the summer months, especially for Bed and Breakfasts (B&B’s). And she recommends checking out RV trailer sites, camp sites, and B&B sites before going to make sure it's available, as there is limited space.

A list of events happening in Tofino now through March can be found here.
Go here for Tofino bus, ferry and airline schedules. And be sure to sign up here for your chance to win a three-day getaway to Tofino. 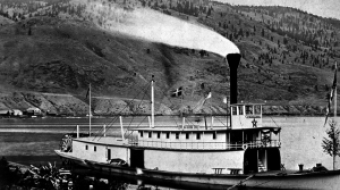 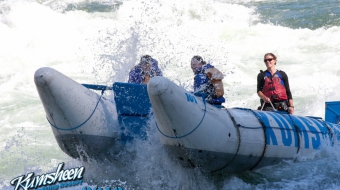 Where to go in British Columbia? Black Rock Oceanfront Resort