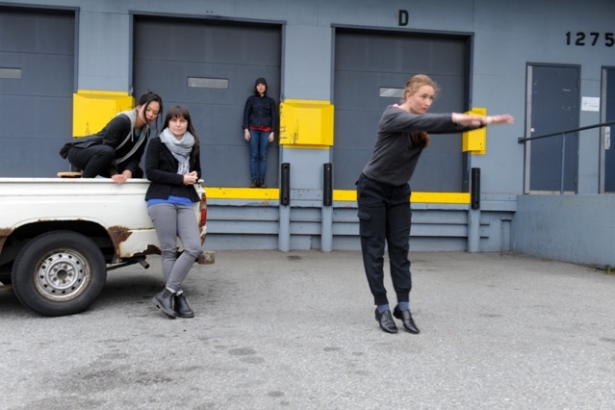 Vancouver has a thriving and rich independent dancer/creator scene and “we all know Jane” is an excellent opportunity to explore it.  On Friday, June 21 and Saturday, June 22 at 8pm at The Scotiabank Dance Centre, new works by Anne Cooper, Vanessa Goodman & Ziyian Kwan in collaboration with Peggy Lee, Dylan Vanderschyff, James Proudfoot and Amelia Epp will be presented in partnership with The Dance Centre  Artist in Residency Program.

Dance artist Anne Cooper discussed the genesis of the project.

“I was approached mid March by Zi, who had already initiated the project with Vanessa (from the Contingency Dance Collective with Jane Osborne and Leigha Wald).  Zi is the Artist in Residence at The Dance Centre, explained Cooper, who then went on to explain why group shows are beneficial.

“When  you’re working on your own whether you’ve commissioned someone to create  a piece for you or you’re creating your own solo work, rehearsing, promotion, producing , means  you’re alone for much of the time.  There is a desire to work together so the problems that often arise with a production can be solved collectively.”

A  five year process, saw the fruition of her piece “What I Imagined”  based  on  the Imaginary Landscape work of Mirion Woodman where symbols integrate with the body and voice. She received a Canada Council grant to research with Studio 58 voice teacher Dale Genge, who had studied with Woodman,   the meat of the piece and the along with a piece by Chick Snipper entitled “No Comment”, her solo show  at the Firehall  last September was a huge success.

Cooper knew that creating  the piece for this evening would be different due to time constraints. “I didn’t already have my teeth sunk into anything so I was open to possibility. I started making movement at home which was very simple and repetitive with the idea that I would then go into the studio and make something fabulous. At one point, I was sitting on my couch and looked at my bookshelf and saw Burn This , a Lanford Wilson play. There were two interesting characters: a dancer/choreographer and a wild guy who has very strong opinions about hating art.”

That and observing children playing at a playground where “their movement was without artifice resonated with me. And that was the link between the two: the discussion of art and artifice.”

Cooper plays the fictitious Jane who shows both the real and imagined character of one human's nature, painted in movement. The dance is a reflection on pattern, habit, time, art, life, yearning, failure, freedom and belonging. An amalgamation of the Burn This characters and other characters, including herself, “Jane”  is created and danced by Anne Cooper and is her latest piece of over 20 dance works.

dumb instrument Dance presents the Vancouver premiere of “the neck to fall”, Ziyian Kwan’s choreographic debut and ode to somatic pioneer Amelia Itcush. “the neck to fall” is a play between non-sequiturs and physical narrative, a collage of unexpected images and odd events. It is a fiction that is written on the body of one dancer, who after traveling the worlds of many artists, visits the land of her own imagination. Composers Dylan Vanderschyff, Peggy Lee and Lighting Designer James Proudfoot bring textures of light and sound to this seminal work by one of Vancouver’s most established interpreters, a dance that celebrates the liberty and whimsy of the moving body.

The Contingency Plan premieres it’s newest creation the long indoors, choreographed by Vanessa Goodman and danced by Jane Osborne and Ziyian Kwan. the long indoors is a passage into the body’s myriad systems, an articulation of the poetry that imbues our physical imagination. Organic influences transport us to states that are at once mysterious and real. Joining the stage to design a rich and visceral environment is the work of lighting designer James Proudfoot and installation artist Amelia Epp whose creations explore remnants and vestiges of used objects. 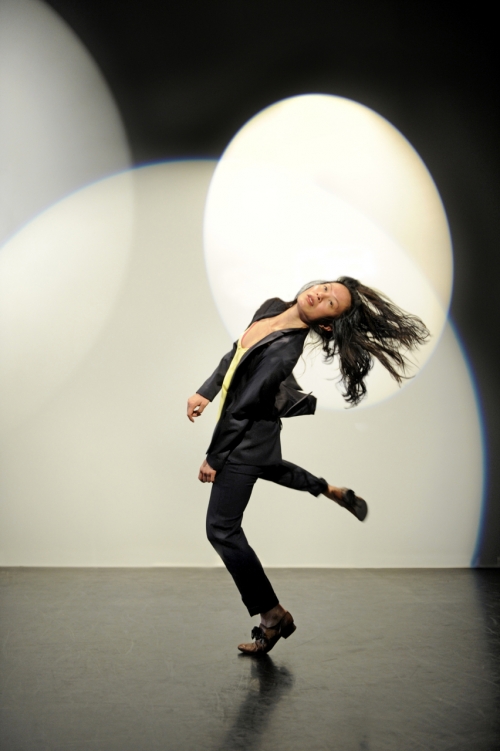 Jane is the rapport that we share as people.

She is a yearning to connect with others. She is an expression of autonomy.

Jane is our engagement with real and imagined worlds.

A stranger to each of us, familiar to all of us, we all know Jane.