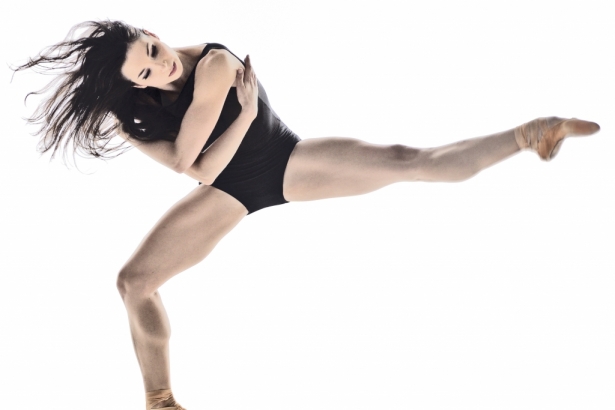 “Part of our mission is to be part of a conversation between the choreographers, dancers and the audience that moves the art form forward, while keeping the art in the centre of the room. We want to challenge but also be accessible,” Emily Molnar, the artistic director of Ballet BC, said on a break from rehearsal. “The audience trusts that we are creating an interesting and engaging conversation at a high standard.”

Ballet BC has had a fabulous year. Steadily increasing its visibility in Canada and around the world, increases in subscriber and single ticket sales reflects the company's success.

“We invite audiences to be as engaged as we are in the process of creating work. Most of our repertoire is made on us as opposed to it being existing work. We have seven world premieres this season which is unique globally, "explained Molnar.

The three choreographers showcased in UN/A are the final feathers in her cap.

“I was delighted to invite Gioconda back with a full company piece as she has such a sophisticated understanding of space and the body, and the interplay between the cause and affect of movement and was curious to see how this would translate en pointe ,” shared Molnar.

For some traditionalists it is the look of the female dancer en pointe that speaks to the roots of classical ballet but for Molnar it is not the aesthetic but rather the functionality: “The use of the pointe shoe is not meant as a comment on the tradition of ballet but rather a channel of virtuosity for more risk, speed and movement invention.”

Spanish-born, choreographer Cayetano Soto is “is very much in demand, “suggested Molnar. His work is in the repertoire of major companies around the world, including Royal Ballet of Flanders, Stuttgart Ballet, Aspen Santa Fe Ballet and Ballet Theater Munich.

“Cayetano’s piece started with the idea that an oil rig is hit on average 28,000 times a day by waves. His piece is about letting something go and having it come back, “explained Molnar. “Interestingly, Soto creates a new piece by taking a phrase of movement from the last creation that then becomes the source for the next creation. The work is a captivating and dynamic architectural landscape of ideas and sensations.”

Ballet BC is delighted to be the first dance company in Canada to commission a work by Gustavo Ramirez Sansano as he’s  shared his unique dance vision with Compañia Nacional de Danza, the Hamburg Ballet, Budapest Dance Theater and Netherlands Dance Theatre II.

“He is a poetic choreographer, “ enthused Molnar. “The work is humanistic in its physicality and gestures. “ For his new work he is working with set designer Luis Crespo, an award winning designer who has worked with Sansano’company since its inception in 2004.