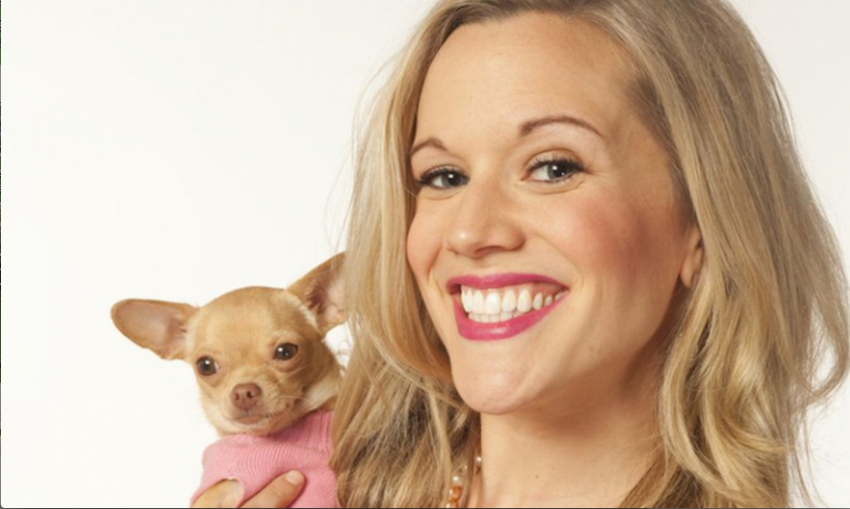 Vancouver’s own Theatre Under the Stars (TUTS) is showcasing two family friendly musicals made from blockbuster movies this year. Legally Blonde: The Musical and Shrek: The Musical runs July 11 – August 23, 2014 with performances on alternate evenings at Stanley Park’s picturesque Malkin Bowl.

Performing as the gorgeously ditzy Elle Woods in Legally Blonde: The Musical, Jocelyn Gauthier is reprising the role that she understudied last year when TUTS also produced the musical. For Gauthier, it’s not all about the singing and dancing though.

“With any musical, the singing and dancing is key, and this is a vocally challenging show, “ enthused Gauthier who is a singing teacher in between gigs. “The next layer is the emotional journey which will make the musical great. If I can move someone in some way, then I’ve done my job.” A University of British Columbia Theatre graduate, Gauthier also studied at the prestigious London Academy of Music and Dramatic Arts so building the character includes research galore.

”When I work on a play that is made from a movie I don’t watch it till after I’ve made some choices so it doesn’t affect the character”, explained Gauthier. Based on the book written by Amanda Brown, Legally Blonde, the movie, featured Reese Witherspoon as Elle, the blonde sorority queen with a penchant for pink. When her boyfriend dumps her, she follows him to the Harvard Law School to get him back. Once there, she learns that she is one sharp cookie with legal chops herself.

The musical opened on Broadway April 2007 with Jerry Mitchell directing and choreographing. The 2014 TUTS version is directed and choreographed by Valerie Easton and also stars Scott Walters (Emmett), and Warren Kimmell (Callaghan). TUTS operates through hiring both equity actors in lead roles and fills the chorus with skilled amateurs. Many of the chorus are the young men and women who have graduated from musical theatre post secondary programs and are on their way to a career.

“This is a big high energy show,“ explained Gauthier. “A lot of people came out to the audition. It was very competitive.” So does Gauthier have anything in common with Elle besides beauty and blonde hair?

“She is very kind, very pragmatic and she is not ashamed of who she is,” suggested Gauthier.

The second musical is Shrek: The Musical, a larger-than-life adventure following an unlikely ogre hero and his loyal sidekick donkey.Opening in 2008, the Broadway production of the show received a total of twelve Drama Desk Award and eight Tony Award nominations, including Best Musical and acting awards for d'Arcy James, Foster and Sieber.

For Capri Everitt, the talented youngster playing the Child Fiona, being in the TUTS show has been a dream come true. Having trained as a singer and dancer since the age of 5 at the O Music Studios for singing and Arts Umbrella for dance, the 9 year old has been thoroughly enjoying the rehearsals that started in May and sometimes go late into the night. “This is my first show and it’s more fun than I expected. I’ve met a lot of great people.”