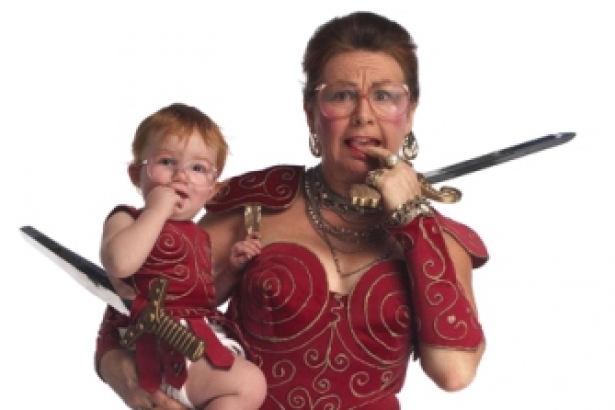 What Canadian hasn’t watched comedienne Mary Walsh as Warrior Princess Marg Delahunty on CBC's This Hour Has 22 Minutes?  With her Toys R’ Us sword in hand, Walsh has cornered many political figures (most recently former Toronto mayor Rob Ford) into satirical interviews, causing many a viewer to wonder: How does she have the guts to do that?

Walsh, whose one-woman show Dancing with Rage is showing at the Firehall Arts Centre in Vancouver this week, explains that her acts are not so much about having chutzpah, but rather about fear and the Walsh family motto of “I’m not backin’ down tonight.”

“It is daunting," Walsh confessed.

“I’m desperately ashamed that I’m in this costume when everyone else is wearing Burberry. It is not courage that drives me, but rather shame and humiliation. You go down so low that the only thing you can do is move forward.”

It is that ability to rise to the challenge under unbearable pressure, that makes Walsh so admired. That and her searing intellect, love of fun, and endless creativity.

In "Dancing with Rage", a wide cast of characters tells the story of Marg Delahunty, who travels to Expo 67 in Montreal from Newfoundland as a 16-year-old. She "gets herself knocked up”, returns home and gives the baby up for adoption.

Fast forward to 2012, and Marg has been diagnosed with macular degeneration and wants to set eyes on her one and only child before she is no longer able to.

In true Walsh fashion, she even thinks that her lost love child may in fact be Prime Minister Stephen Harper.

Even at the beginning of her career as an original member of the infamous CODCO sketch comedy series, which ran on CBC Television from 1987 to 1992, Walsh has embraced playing older women with an opinion and specific point of view.

“I’ve been playing old bags since I was 18. When you’re 18, you can spend all your God-given energy in looking good and are not allowed to say what you think," suggested Walsh.

"At sixty, though it may be unseemly, we can stop being the object of anyone else’s desire; we get to be the subject.” 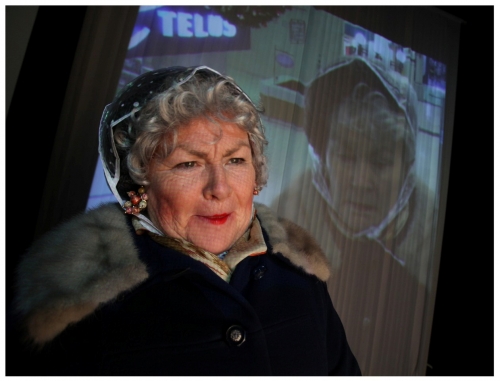 In addition to her long acting career, Walsh's social activism is bred of a continued observation on life’s inequities.

“I’m constantly in a rage about the unfairness in life,” Walsh proclaimed.

Born of a naivety that keeps her fueled, Canadians are glad that she takes action in such entertaining and heartfelt ways.

In 2012, Walsh took ill with a respiratory infection that left her hospitalized  and unable to travel to Toronto to begin rehearsals on Dancing with Rage.

She also missed a ceremony in Calgary, awarding her a Governor General's Award for lifetime achievement in the performing arts, one of many awards she’s garnered  including  numerous Gemini and Canadian Comedy awards, a Member of the Order of Canada (2000) and honorary degrees from Memorial University of Newfoundland, Trent University, McGill University, University of Prince Edward Island, and Mount Saint Vincent University.

This tour of Dancing with Rage marks her big return. The Firehall Arts Centre is far from vast but rather an intimate house that will ensure an exciting theatre experience. Not surprisingly, it’s selling out quickly. See the website for ticket information.

“A kick at the darkness by one of our most talented performers.”