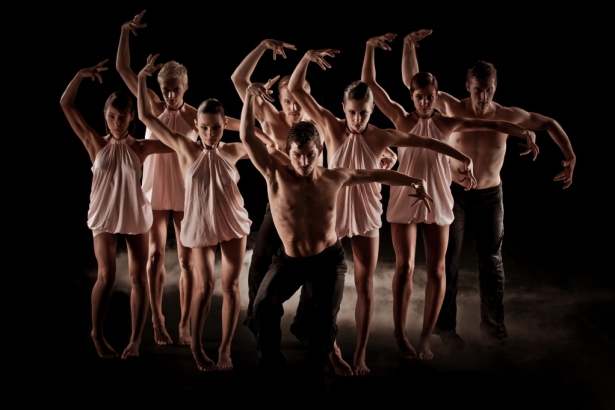 Get ready for top flight dance entertainment when BJM (formerly known as Les Ballets Jazz de Montréal) showcases three famous contemporary choreographers in BJM: works by Millipied, Soto and Marshall, this Friday and Saturday at the Vancouver Playhouse. Produced by DanceHouse, celebrating its fifth anniversary supplying Vancouver with the opportunity to experience the best  the world has to offer in contemporary dance, BJM is a hot, hot, hot, date night.

Chatting with Robitaille, artistic director since 1998, on his lunch break from rehearsal in Montreal, he suggested that BJM’s mandate is not to create dance that is incomprehensible or that solicits snores.

“Dance can be very hard to understand sometimes, “he suggested. “ This is definitely not BJM’s personality.”

The linking of the 12 amazing dancers hailing from all the best schools and companies in the world with the most interesting international choreographers ensures that  a BJM show excites. Though the work is accessible, its aesthetic value shines.

“You need substance, that’s for sure, “said Robitaille. “Within the singularity of someone’s language can be the perfect marriage between movement and music.”

Celebrating its 40th anniversary with this program, there are three samplings. 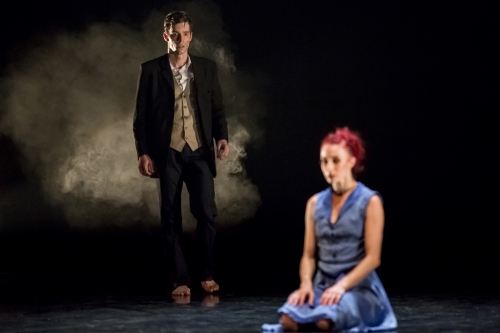 “Closer” is a duo by Benjamin Millpied. Known in the dance world as the French choreographer best known for choreographing the film Black Swan and assuming the position as the new Director of Dance at the Paris Opera Ballet starting in September 2014, in the tabloid world, he’s known as the father of Natalie Portman’s child and her husband.

Harry, by Israeli/American choreographer and Batsheva Dance collaborator Barak Marshall, is a piece inspired by the inner (and outer) battles we all wage. Vancouver audiences have been treated to his work through the Chutzpah! Festival. An eclectic artist, not only is he a world famous choreographer, but he is a singer and has performed as a soloist with Yo-Yo Ma and the Silk Road Project, the Yuval Ron Ensemble and the Los Angeles Jewish Symphony. He is a guest lecturer at UCLA's Department of World Arts and Cultures.

So how does Robitaiile source these leading dance figures?

“I go see performances or movies, search on websites, you tube, facebook. I have friends everywhere in the world and they give me cues, "shared Robitaiile. “To fall in love with someone’s work is like falling in love. It is visceral and totally uncerebral.”

Work by Millepied, Soto, and Marshall