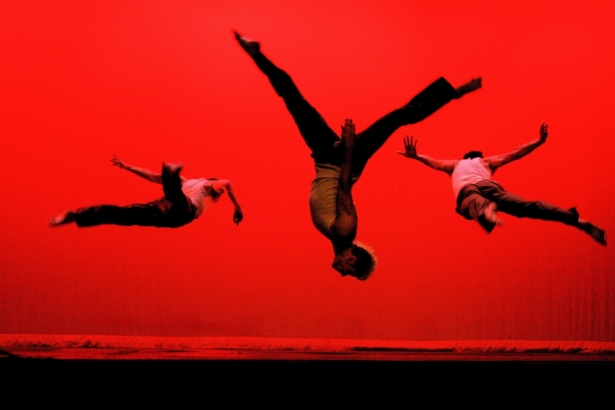 Rasta Thomas’ Bad Boys of Dance will be breaking all the rules like naughty boys everywhere, and letting Vancouver in on the fun and excitement.

Playing at The Centre in Vancouver for Performing Arts on November 30 to December 1, this is  one show that can turn even the most hardened non-dancer into a believer.

“Rasta’s parents took him to a martial arts class when he was very small and because he was so disrespectful, they put him in a ballet class…for punishment,“ Belsher relayed. “He took to it, and, at 16 years old, he became the youngest ever to win in the senior division of the USA International Ballet competition, beating out the previous record holder Mikhail Baryshnikov, who was 18 at the time of his win.”

Thomas prefers to guest with companies rather than to settle down with the ones he has already performed with: Russian Imperial Ballet, National Ballet of China, Victor Ullate Ballet of Spain, Inoue Ballet of Japan, Ochi Ballet, Universal Ballet of Korea, Joffrey Ballet, Washington Ballet, Tulsa Ballet, CityDance and Philadanco.

He has also appeared as "Timmy Chambers" in One Last Dance (2003), starring Patrick Swayze, has starred in Twyla Tharp's Broadway hit "Movin' Out", and been in the Spring 2000 international ad campaign for The GAP.

Choreographed by Thomas and his wife Adrienne Canterna, who is the only woman in the show, Bad Boys of Dance also includes native Vancouverite Alexei Geronimo, who was trained at the Richmond Academy of Dance and has travelled around the world with the show, performing alongside Elton John at Carnegie Hall in New York.

Belsher worked with Geronimo when Belsher was the tour manager for Judith Marcuse. Belsher has worked with companies all across Canada including National Ballet of Canada, Crystal Pite’s Kidd Pivot and Margie Gillis to name a few. “I went on tour with Judith Marcuse on her Earth=home tour, so I spent breakfast, lunch and supper with the dancers,“ shared Belsher. "Soon after, Alexei auditioned for Bad Boys of Dance and got in.”

This show, actually entitled Rock the Ballet, has toured internationally to every conceivable place in the world. Belsher caught it in Japan, a very sedate audience at the best of times.

“There was everyone in the audience from 15-year-olds with blue hair to 80-year-olds in kimonos,” reminisced Belsher. "They were jumping up and down after the show and left the theatre dancing, they were so overjoyed.”

With music by Queen, Michael Jackson, the Black Eyed Peas and even Coldplay, this show is designed for everyone to enjoy.

“The music is great… the dancers give it fresh meaning… amazing skill and passion. They are insanely good.” — Sunday Herald Sun