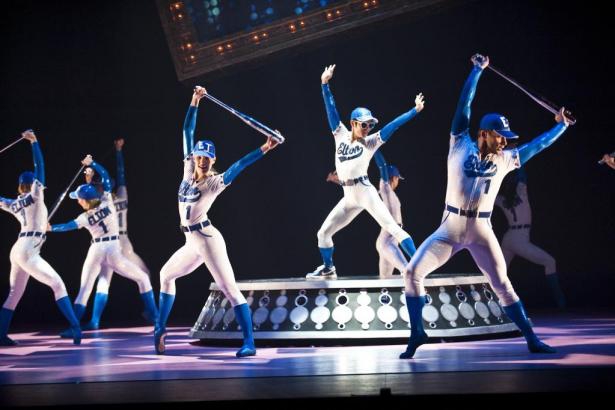 The over-the-top costumes and eye popping production values combined with the accessibility of one of rock’s preeminent songwriting teams ensured that this production sold out when it premiered in Alberta two years ago. After opening in Vancouver at the Queen Elizabeth Theatre from October 13-15, the Alberta Ballet will run the work again in Alberta in May to satisfy the folks that were turned away the first time.

Kelley McKinlay in costume as the "Elton Fan: in Love Lies Bleeding.

Following the “Elton fan” as he strives to live the life of a rock star (played alternatively by Kelley McKinlay and Yukichi Hattori), the story uses these timeless songs to follow his journey.

Veteran Alberta Ballet dancer McKinlay described the evolution of that character throughout the performance.

“The 'Elton Fan' starts with the excitement of becoming famous and then journeys through the lifestyle that abuses drugs and alcohol, fighting the inner demons, the people who he’s lost from AIDS, finding the love of his life: basically the roller coaster of the rock ‘n roll lifestyle," explained McKinlay, who also suggested that it is not a literal interpretation of Elton John’s life but more of a generic life story of a rocker from a certain era.

The 28-year-old McKinlay has grown up as a dancer under Grand-Maître,  who came to the Alberta Ballet the same year as he did.

“There’s only one other dancer who has been here as long as me, and that's Nicole (Caron)," said McKinlay. 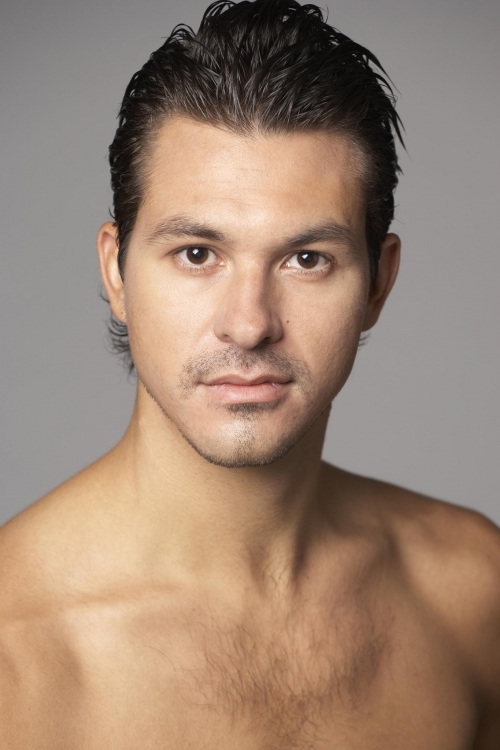 As a testament to his work ethic and resourcefulness, he told the story of his very first show with the company.

“From day one I was given a lot of opportunity," he recalled.  "The first show I was involved in asked the company who could tap dance. Well, I could, so I got the lead in Rodeo which had a tap part in it. I would also show up at rehearsals where I wasn’t called. I was new and thought that I should and would get put in the dance. And I was second cast for a pas de deux but the lead male got injured and I so had an emergency three-hour rehearsal with the lead ballerina and went on opening night.”

More roles ensued, and three years ago, he started getting cast in more of the classical roles. It was a challenge Grand-Maître felt he was up for.

“I loved the contemporary roles and my turnout, flexibility and all the details that make a great classical dancer were not my strengths," he said. "Jean wanted to keep challenging me and growing as an artist.”

That long-term connection makes for a working relationship where McKinlay can anticipate the next step that Grand-Maître is going to suggest. It is not the steps, however, that are the keynote for his work.

“Regardless of the ballet, the theatrical aspect is very important to Jean," he said. "He suggests that we’re all professional dancers so we should know how to do the steps. He’ll change the steps if the emotion doesn’t come. He wants it to be organic so he’ll talk about what we’re feeling. He wants us to touch the audience honestly.”

The challenges of dancing on a round, revolving table, being flown in a harness, and changing costume while onstage adds to the challenge of the part but McKinlay wouldn’t have it any other way.

“The songs are so familiar so it’s such a treat to dance to them. The cast is often singing along in the wings.”