Draw by Night gathers locals for a creative night out 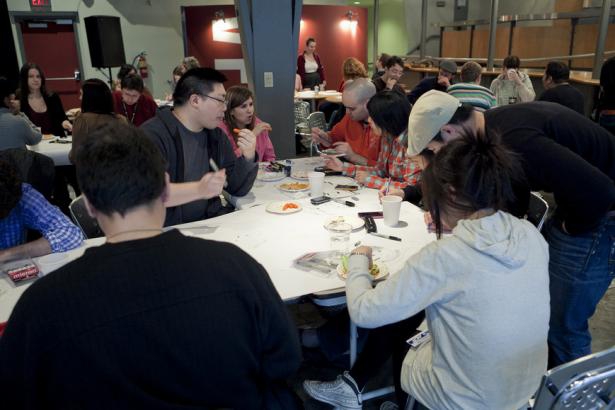 Photo courtesy of Draw By Night

After sundown in the Vancouver Film School Cafe, dozens of local youth sit hunched over long tables, their hands busily drawing on a long roll of white paper. Their sketches depict bizarre scenes of dancing robots, a rabbit-octopus hybrid, and anarchists burning the flags of fast food restaurants. 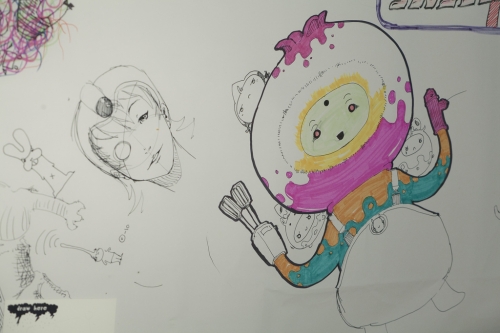 Welcome to Draw By Night, a bimonthly event where art enthusiasts can drop in and unleash their creativity on white rolls of paper. Art supplies, hot beverages and light snacks are provided at each event, all funded by the Vancouver Film School.

Myron Campbell, a digital design teacher at the Vancouver Film School and the event founder, explained how he got the idea of hosting a public drawing party in the heart of downtown Vancouver.

"(DJ and graphic artist) Kid Koala was holding these huge drawing parties in Montreal where he'd spin records and serve tea --- people would just gather and draw together," he recalled.  "And I just thought - that's so cool. I'd love to start something like that."

In 2009, Campbell held the first Draw By Night party in Vancouver, and it has become an increasingly popular social event. 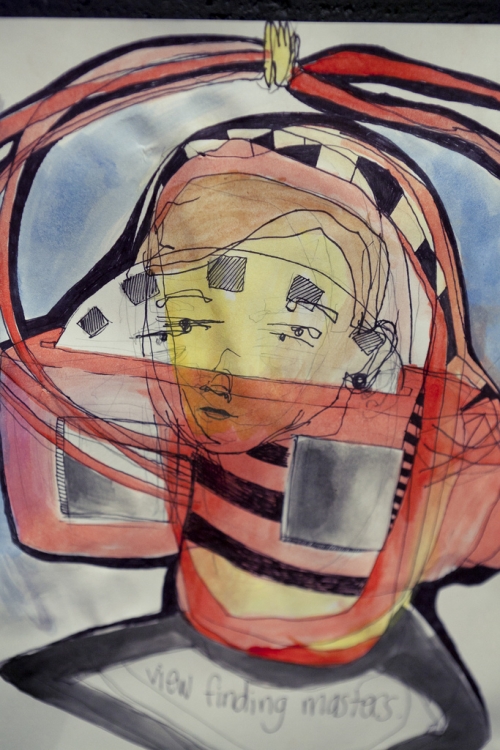 Campbell said that he opened the drawing party to his students at first, but as they graduated, they began to bring their friends and colleagues to the event, and the numbers grew by word of mouth.

The Draw By Night sessions, which brings about fifty participants at each event, have become a popular evening activity for people who want to do something more productive than a night out drinking, yet more stimulating than staying home alone with a book. Usually held at the VFS Cafe at 390 Hastings St, Draw By Night is a public event open to people of all ages and drawing levels. Even though participants are encouraged to bring their own drawing utensils, the staff provides abundant supplies of pencils, drawing pens and erasers on the site. 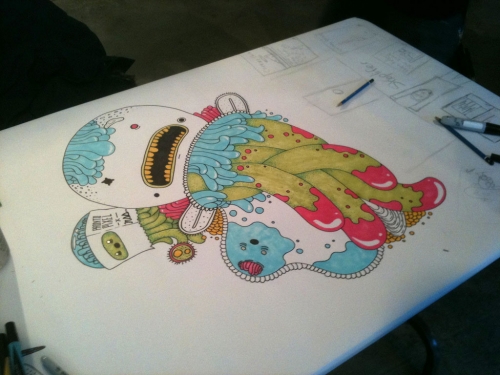 Participants come not only to draw, but also to get to know like-minded individuals and professionals in the art industry.

"It's a social gathering and people come to network too," said Myron. "I tell my students that this is a way that you can connect with somebody and keep that connection once you graduate."

Campbell assured that you don't have to be any type of expert artist, and participants sometimes even bring small children along, as it saves them drawing all over the walls and floors at home.

"I really think drawing is a core discipline for a lot of creative outlets, and it can bridge a wide number of disciplines really well," said Campbell.  "So even if you think you can't draw but you have a lot of great ideas, drawing is a great way to work through those ideas." He said that as participants walk around the room and see the great things that other people are drawing, they can often end up inspired with a new idea or two.

Each drawing party has a theme -- past event themes include "metamorphosis", "food chain gang", "missing creatures", "walking home" and the rather curious "meat legs".

"The Uncollectables," is the theme for the most recent Draw by Night, as it celebrates its second anniversary at the Vancouver Maker Faire at the Great Northern Way Campus Center for Digital Media.

The idea of "The Uncollectables", Campbell explained, is based on the premise that toys have escaped from attics, toy boxes and bedrooms, and want to get tattoos to celebrate their new found freedom. Participants will be drawing onto plastic dolls, ping pong balls and other toys collected through donations.

"(Draw By Night) is a ground for crazy inspiration every day," said Campbell. "It's addicting and awesome, and I don't see myself leaving anytime soon." 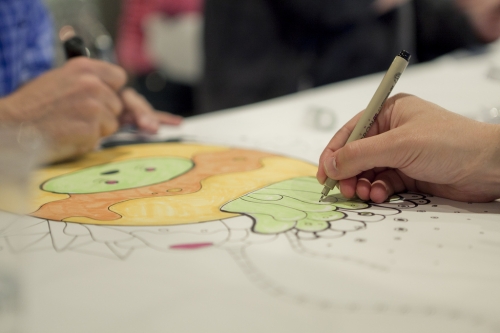 Draw by Night is a free bi-monthly drawing event sponsored by Vancouver Film School, and is usually held at the VFS Cafe at 390 West Hastings Street.  For more information, please see: http://drawbynight.notsosimpleton.com and http://www.facebook.com/drawbynight