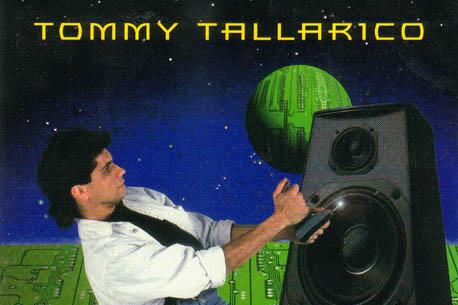 On April 13 and 14, Tommy Tallarico will bring the Video Games Live concert back to Vancouver. The completely new compilation of video game music will be performed by local musicians and accompanied by big screen displays of video game action synchronized with the music.

Tallarico followed his passions for gaming and music to a successful career as a video game music composer. He creates music to put players in an emotional state of mind and enhance the video game experience. The Video Games Live performances seek to convey the cultural significance and artistry of video games. Listeners may hear the influence of classical composers like Beethoven and Orf.

Tallarico sees the concerts as a bridging experience, between generations and between popular culture and high culture. He described a symphony musician thanking him with tears in her eyes. “My whole life I’ve wanted my son to come and see me play but he never has,” she said. “He’s here tonight with his friends, bragging that his mom is playing the music to Halo.” She realized that her son, who seemed isolated, belonged to the on-community that was enthusiastically present that night.

Tallarico said that established musicians ultimately enjoy the experience of performing Video Games Live. Before each performance local musicians are sent an MP3 file and sheet music for their part. They go through it a few times and come together for the first rehearsal on the day of the show. Tallarico stated that the older guard musicians tend to be apprehensive. Once they have thousands of young people clapping and yelling, they love having an enthusiastic reception by a young audience. On the other end, Tallarico thinks that the concerts help kids appreciate the power of symphonic music. Sometimes it inspires kids to take up instruments.

In Tallarico’s words, “Life is all about passion and doing the things you love.” He hopes young people will see from his career that success can follow from ones passions. He knows gamers who work in the industry as journalists, marketers, lawyers, producers, developers, musicians and animators. He thinks kids need moderation in gaming to pursue sports and other interests as well. His interests include getting out into nature. “I’m all about that,” he said.

In Tallarico’s view, parents need to stick to the ratings when they buy games for their kids. “You wouldn’t take your fifteen year old to a bar,” he said. I mentioned that we don’t buy mature games for our son, and yet they appear in our house. All his friends play mature games as well. “Its great parenting to make a decree to not buy "Mature" games for kids,” Tallarico responded. “Game makers should be held accountable if they market to a younger audience and if a store sells to kids, that’s on the store. Eighty percent of video games are sold in Wal-Mart, Best Buy and Game Stop and those stores follow the ratings.”

In searching for ratings of Tallarico’s favourite games (Red Dead Redemption “Mature” and Uncharted Two “Teen”) I came across the following web chat about Uncharted Two:

I asked Tallarico if he sees any benefits to kids from gaming. “They get to feel like they become someone else,” he said. “Some games have life lessons in them like team work and spending funds only on what you need.” Then he added, “It’s still a passive entertainment, like movies and TV.”

Super Mario World One ranks as Tallarico’s favourite game ever, the game he’d take with him to a desert island. He’s not playing much right now because he’s on the road and misses his home studio with its big screen and surrounding speakers.

Tallarico’s mom and fiancée are Canadian and Vancouver was his second home for over a decade while he produced Electric Playground. He doesn’t miss the weather here, but he does miss the cultural diversity and the great vegan restaurants.

Tallarico became a vegan because “I love animals, including farm animals as well as koalas and pandas. I love life whether it has our brain capacity or not. I don’t step on ants either. There are health reasons for being a vegan. Heart disease and cancer are directly linked to cholesterol. There are also environmental reasons: the water, waste, e coli contamination and methane. Eating meat is worse for the environment than any light bulb.” When I asked him his view of climate change, he said he’s not convinced its occurring, nor is he unconvinced. “I guess I’m agnostic,” he stated. “I listen to both sides.”

Tallarico invites Vancouver families to turn out for the Video Game Live concert on April 13 and 14. It’s the first stop on a Canadian tour of 16 shows in 22 days. Whether you love video games too much or too little, Tallarico believes that everyone in your family will find something to enjoy and talk about. Following the first show, the VO plans to publish a joint review by three adults, two teens and a nine year old.