Cruceta Flamenco and Khambata Dance at the VIDF 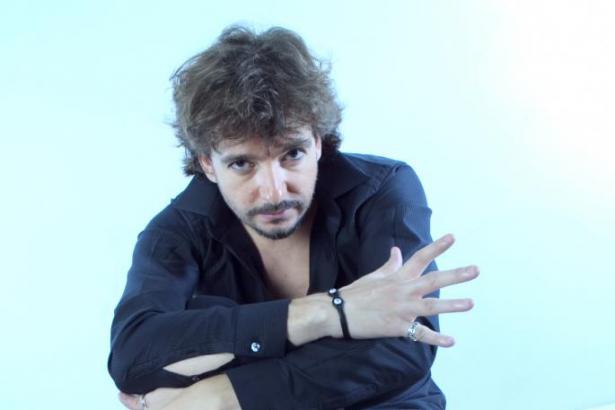 Dance is the physical expression of the angst and joy of the human experience. The Vancouver International Dance Festival celebrates all that it is.

On March 10-12, VIDF presents a thrilling headlining concert with Cruceta Flamenco from Spain at the Roundhouse Performance Centre. Seattle’s Khambatta Dance opens the event at 7:00 with a free performance for VIDF members (membership costs $3 for the annual fee or is included in the price of ticketed events) plus a talk back session with the Vancouver Observer on the Thursday.

Mariano Cruceta, a native of Madrid, employs over 17 years of training in flamenco, classical Spanish dance, contemperary and ballet and has had an international career that has included all those forms. When partnered with real life partner since 2004, Flamenco guitarist Caroline Planté, originally from Montreal, the work reaches a level of intensity and passion that burns up the stage. Currently touring La Confidencia, premièred at the Festival Cartografías de la Danza at the Teatro de Madrid in February 2011 and internationally at the Vancouver International Dance Festival, it celebrates the tenth anniversary of the company and looks at the dizzying plummet of falling in love.

Known for its emotional intensity, proud carriage, expressive use of the arms and rhythmic stamping of the feet, el baile flamenco is truly the intimate expression of the dancers emotions spurred on, cajoled and caressed by the musicians to frenzied heights and nuanced lows, all with an undercurrent of intense passion.

Cruceta’s work offers a more contemporary theme in that the narrative is not literal but rather metaphoric exploring love with a depth of feeling. Taking the form of flamenco and using the contemporary sensibility of using movement metaphor to state his complex and personal theme of love, this group performance with live musicians onstage is sure to invigorate the audience.

Originally from New York City and formerly called the Phffft! Dance Theatre Co., Khambatta Dance Company is led by Cyrus Khambatta but was started by a group of just graduated New York University’s Tisch School of the Arts dancers/creators. Moving to the west coast because of a friendly arts community and a wife whose family was from the area, Khambatta’s choreographed works have been seen throughout the United States, Europe, Russian, Latin America, and Canada.

Stylistically, the work is a hybrid. “I was trained in ballet, modern and contact improv,” shared Khambatta on the phone getting ready to head to Canada for the VIDF. “I use whatever idiom serves the theme.”

Bringing three pieces to the Blenz Coffee Community Stage at the Roundhouse, two of the pieces were created from ”The People’s Project”. “We went to the community to get volunteers who would give us their stories to base the work on. There was an array of people in a broad spectrum,” Khambatta explains.

In “Ashutosh”, the life of an Indian millionaire, a serial entrepreneur, sparked Khambatta’s imagination to create a group piece. A woman going through a divorce approached Khambatta and he chose to express her feelings through a duet with a chair. The piece is called “Kim”.

The third peice, "Pendulum", is inspired "by the slow transformation that happens over time that may not be apparent at the time of happening."

Picking subject matter that is universally identifiable, Khambatta says, gives the dance "human elements" that audiences can relate to.

"It gives me the opportunity to reflect on our lives making the ordinary extraordinary."