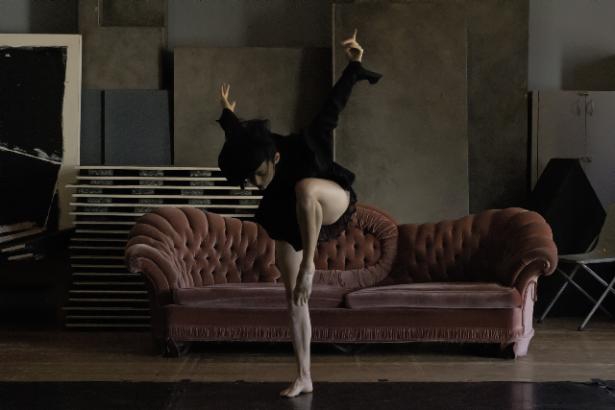 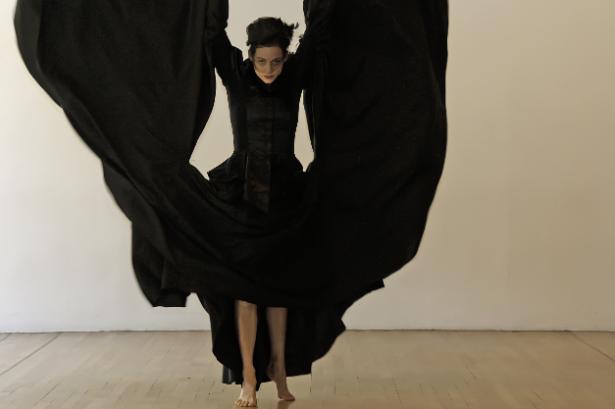 Dances for a Small Stage is the go-to heartbeat of a rich and varied west coast contemperary dance scene. Happening January 26, 27 & 28 at The Legion on the Drive (2205 Commercial Drive (at East 6th Ave), the cabaret style seating has you standing in line for a 7 pm door opening, clutching your 20 bills in hand, followed by quaffing of beverages and schmoozing with your table mates until the show begins at 8pm.

Presented as part of the PuSh International Performing Arts Festival and also presented by MovEnt, who premiered the inaugural Dances for a Small Stage in Vancouver in 2002. The show widens the franchise from a series created in Toronto. Tara Cheyenne Friedenberg hosts an exciting line-up: Delia Brett of Machinenoisy, Torontonian Susie Burpee, Billy Marchenski of Nervous System System, Kim Tuson, Out Innerspace and Friedenberg's new piece, Highgate.

The over 200 choreographers and performers who’ve had their work presented on the 10 X 13 foot stage reads like a who’s who of Canadian dance. Friedenberg claims “the eclectic audience is not just dance and theatre folks but people willing to take a risk. The welcoming atmosphere and the accessibility of the work often leads them to see more dance at places like the Cultch and the Firehall.” It’s a way in to a rich performance experience at a reasonable price.

In a phone conversation with Friedenberg, who’d just gotten back from a two and half month artistic sojourn to London with her husband, musician/composer Marc Stewart, working with various companies and doing research on the piece that we will see at DfaSS, Highgate, she enthused about her new piece.

“Highgate, refers to the cemetery in London and Westgate. It's the term used in the Victorian era referring to death,” Friedenberg explained. “The Victorians had very involved funeral rituals and paraphernalia that were quite macabre. That lit my imagination and was quite delicious to me.”

How does one woman create a solo piece about a 17 acre cemetery?

“I create characters who speak as much as they move so there are two layers of communication," Friedenberg shared. “I’ll start letting them speak and start to build their story. Sometimes it’s linear and sometimes it’s more impressionistic but it’s always a narrative.”

That melding of theatre and dance began for native Calgarian Friedenberg when her mother, the artist Alice Mansell, observed her in dance class. “I would make the other girls at the barre laugh.” Clearly speaking was as interesting as dancing.

Joining Young Canadians, a youth training and performing group supported by the Calgary Stampede, she trained in numerous dance forms for free. In exchange, she performced at the grandstand and throughout the city of Calgary. At the University of Calgary she was a theatre major and a dance minor and at Simon Fraser University, where she got her degree, she was a dance major and a theatre minor. At SFU she found her voice as a creator.

“I feel like I’m populated by many characters and I believe that we all are,” Friedenberg reflects.” Some days you might feel more aggressive and other days gentle and shy.”

As an artist Friedenberg, takes that one step further by creating an entire world through a character’s eyes that then we get to enjoy. At Dances for a Small Stage next week, see if her character speaks to yours.