A glorious Lucia di Lammermoor soars at the Vancouver Opera 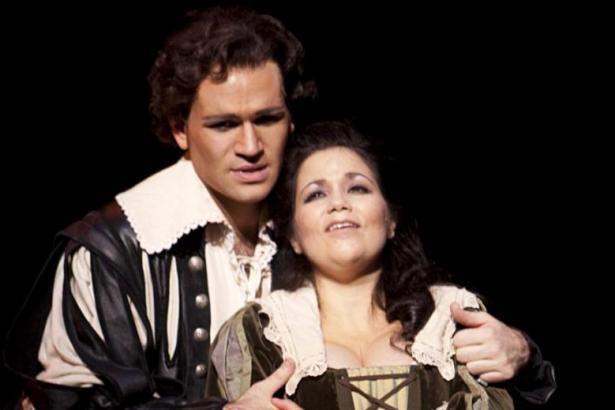 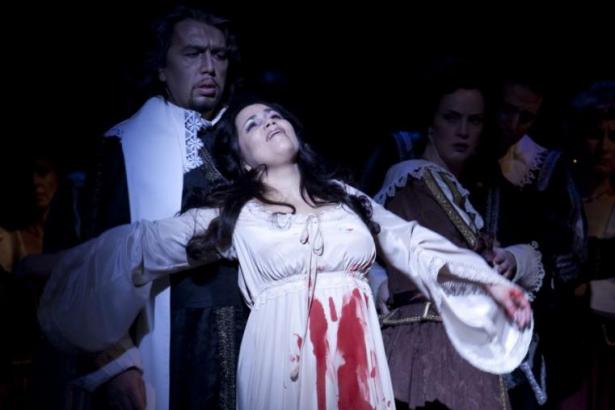 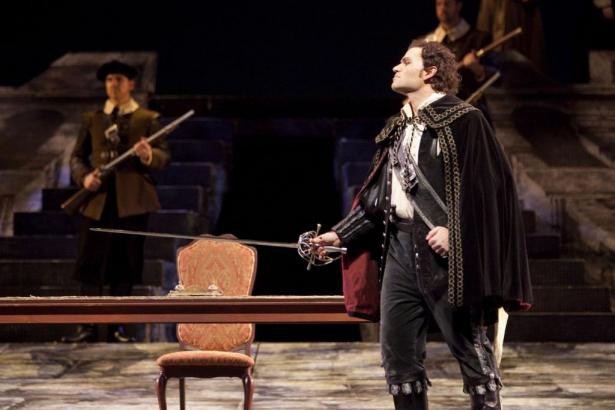 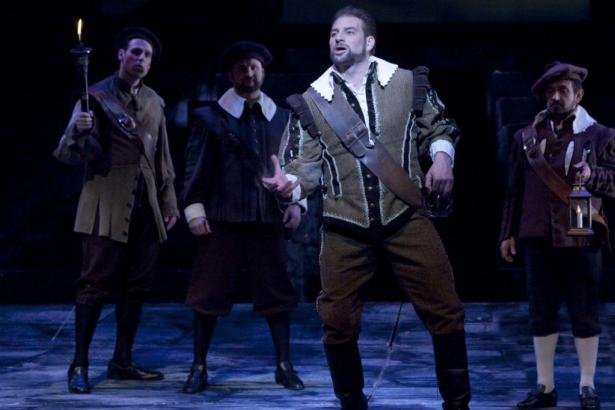 The reason we go to live performance is to elevate our everyday existence to the sublime. The Vancouver Opera’s Lucia di Lammermoor did exactly that and will continue to do so on December 7, 9 and 11. An astounding coloratura soprano, solid to superb singing from all the soloists, a commandingly conducted orchestra, a strong chorus and a mind bending set with exceptional lighting made for an evening that gives you real sustenance in a season filled with hor d’oeuvres.

Composer Gaetano Donizetti with libretto by Salvatore Cammarano created Lucia di Lammermoor after Walter Scott’s novel The Bride of Lammermoor. Sung in Italian with English subtitles, it follows a Romeo and Juliet-like story though the location is the moors of Scotland.

In the first act, Lucia (Eglise Gutiérrez) falls in love with Edgardo (Michael Fabiano), heir of a rival house while her bullying brother, Enrico (Gregory Dahl) forces her to marry Arturo (Thomas Macleay) to fill the family’s rapidly receding fortune. In the second act, Lucia goes mad and kills Arturo on their wedding night and in the third act, as the wedding festivities continue, the chaplain Raimondo (Burak Bilgili) who has been present in every scene as a support to the di Lammermoor family, tells us of the tragedy. Meanwhile, Edgardo prepares for a duel with brother Enrico at an unmarked grave, in his despair at losing his love. He does not know of the murder and Lucia’s madness and subsequent near death but when he finds out, he kills himself by dagger joining his lover as he could not in real life.

Conductor Jonathan Darlington did a marvellous job of understanding the nuance especially in a sextet that almost reduced me to tears with its beauty.

Amiel Gladstone’s direction was also assured though there was a notable difference in the acting capabilities of the leads in that some played generalities instead of specifics which perhaps could have been smoothed out to be more uniform.

Fabiano’s tenor voice filled up his whole being and poured out to fill up the entire Queen Elizabeth theatre. At 25 years of age, with that voice and that charisma, a long career is ahead of him.

Dahl’s Enrico, full of harsh swagger and cunning, had a commanding baritone that easily propelled the story forward.

Bilgili’s chaplain, a vital character to the plot, also assuredly fulfilled the glory of the music.

It is on Lucia, though, that Lucia di Lammermoor really rises or falls and in this production, Gutierrez, a Cuban-American beauty with long curling hair and a curvy figure, transports the role to a level that shifts a tragedy premiered in 1835 to the personal in 2010. It’s a rare coloratura soprano that has the vocal chops and the acting chops to succeed at such a role.

A coloratura soprano is defined by the agile shifting through a melody defined by runs and leaps that can leave an audience marvelling at the vocal dexterity. Not only did Gutierrez succeed brilliantly at the technique of the singing, she seemed to funnel the emotional state and the intention through the runs so the point of the coloratura is not only to serve the music but to tell the story of the character.

We identified with her mad scene in a scenario that realistically doesn’t happen in 2010 because she was expressing the desperation of a woman who did not follow her passion. Who in the audience hasn’t had that experience?

A famous section where the flute and her voice are interwoven was especially sweet musically but also, in that Gutierrez used the flute to illustrate Lucia's deteriorating mind. Gutierrez is truly gifted.

The set by Gerard Howling and lighting by David Fraser were exceptional. Reading like an MC Escher painting, a style called impossible reality, the set at first glance seemed gorgeous and functional but on closer examination, it changes the audience’s perspective, leaving the performers treading across a stage that in reality is the floor but should really be a wall. The audience’s perspective would be that of lying down on a floor looking up at a ceiling. This is crazy stuff but serves the purpose brilliantly in a story whose main character goes mad.

Fraser’s lighting, with tree projections on a scrim that once again skew the audience’s perspectives and two playing spaces that make the characters, especially Lucia, glow with a kind of inner light all served to make the experience extraordinary.