Gallery Row gets a wake-up call from the tax man

Vancouver’s South Granville, often referred to as “Gallery Row”, has long been a great place to gallery hop and get a feel for the local art scene as it has the highest concentration of art and antique galleries in Western Canada. But we may be in danger of loosing this gem in our city.  Yes, we have seen crazy cuts to arts funding over the past couple years, but the latest threat to the survival of this community is rising rent and property taxes.

Art galleries don’t just happen – there are a lot of behind-the-scenes costs involved in running these spaces, and one of the less sexy costs are taxes. In Vancouver, we always hear about unaffordable housing and soaring apartment rents (and rightfully so), but have you ever stopped to think about how property values affect the arts community?

We spoke with a gallery owner on Granville Street, and he said the value of his building went up 20% in this past year. For him, that was a huge jump, especially because the year before, during the “recession”, it had already gone up by 19%.  Sure, increases in property values are great if you want to sell, but they’re not so fun when you get slammed with a huge property tax bill.

So what does this mean for the art galleries on South Granville? Since most contemporary gallery owners only take in 50% of what they sell, this translates to sales of about $7500 per month just to cover their taxes! Next year will be even worse.

Knowing this, in all honesty, would you take a chance on selling works by emerging artists, who generally sell for less money, and risk falling short on rent? Or would you represent established artists? If we want to see more contemporary, cutting edge art in Vancouver then we’re certainly not making it easy on the dealers!

Or do you relocate?

Isn’t that inevitably what’s going to happen if we just let real estate evolution take its course? Look at New York, for example – a cultural (and capital) Mecca. Art galleries moved from the Upper East Side to Soho, then Chelsea, then the Lower East Side and now Williamsburg. It’s the same old story - artists and galleries move into an area, the area becomes artsy and cool, then everyone wants to live there so they too can be oh so artsy and cool. As expected, rent and property taxes rise and that cool, indie art gallery that you used to frequent is now a Pottery Barn.

Of course some galleries will stay on South Granville – Bau-Xi, Heffel, Uno Langmann and The Art Emporium all own their spaces, but that hardly constitutes a “row”. But, within the next few years Vancouver’s cool new artsy neighborhood will be nowhere near Granville Street. Elliott Louis and Catriona Jeffries (both former South Granville galleries) are already positioned behind a Mr. Lube off of our hipster-lovin’ Main Street, an area that is already seeing rent increases. So you better get there fast before you buy your condo above the new Baby Gap.

We don’t claim to have the solution, but we feel this is a conversation worth having. Maybe this is just what happens in every major city, but we feel squeezing every penny out of our arts community is something to take note of. In a city that is nowhere close to the size of New York, how many areas do we have to push these arts organizations to before they hit the suburbs? 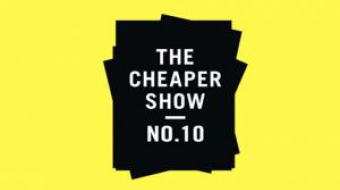 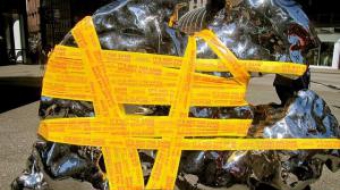 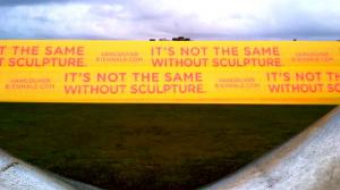