As a host of a local music radio program and as the emcee of a music night at Trees Organic coffee house, I hear from a lot of musicians who are frustrated with Vancouver's music scene. They cite a range of issues that make it challenging for a musician to be successful in Vancouver. Much less often do I hear from musicians like John Pippus, Glenn Chatten, and Jen Miller who are actively working to make the solutions that will help their career in the city. But it sure is refreshing when I do.  It is up to musicians, promoters, fans and venues to create their own healthy vibrant music scene as it will not materialize without any involvement.

This series of articles outlines a vision of how a healthy Vancouver music scene can work.

Not one, but but many centres

With a metropolitan population of over two million people in Vancouver, it seems reasonable to expect that a new musical act can play regularly and reach a large population, playing to a consistent number of fans for a year or two before outgrowing the area.

This does not often happen in Vancouver, though, because the music scene is too downtown-centered. In civic politics, metro Vancouver has openly spoken about becoming less congested and more multi-centered. If you looked at the map like a shopper, you would see a lot of different regions and shopping centres throughout all areas of town -- but the same isn't so for the arts.

Concert goers have few choices outside of downtown for a night of local music. We need to use more music venues outside the downtown core towards the suburbs where the majority of Vancouver's two million residents live.

Musical acts would also be doing a great deal towards diversifying their audience and drawing bigger crowds by playing in different municipal regions. Downtown Vancouver has too much event competition on any given night for a new act to get any attention. People are choosing from 50-plus shows every time they decide what to go see, and with so much choice, will rarely take risks on anything they've not heard of before. As a result, it makes sense for a new musician to play outside the Vancouver proper where there's more people with less to see.

Many other centres are available. I think that the furthest suburbs are most ideal. Due to dividing highways and Vancouver-bound traffic, the town centres of immediate suburbs like Burnaby, Port Moody, Pitt Meadows, Coquitlum, Richmond, and even Maple Ridge are disconnected, with a spattered array of undefined centres. These centres also tend to have more chain store businesses which diminish one's sense of community and place.

It is the outlying communities like White Rock, Langley, Deep Cove and Horseshoe Bay, with tighter communities and more local personality that make for better music opportunities. In addition to having the tighter more localized communities, the greater travel distance to Vancouver's center discourages people from taking a trip downtown, especially when entertainment options are close at hand.

The stronger town centres of these areas also make their venues more inclined to host shows for the local population as they don't have the kind of through car traffic closer suburbs do, which tends to miss the sights and sounds of the area. What they have instead is more local foot traffic that sees and hears the entertainment around them. It is also easier to promote shows with the local medias of an outlying suburb like the White Rock Sun, and The Maple Ridge News (both of which I've used) because there's less local content for papers to cover in the entertainment sections.

When more of Vancouver's musicians start tapping into the wealth of opportunities available outside of the downtown core, metro Vancouver's music scene will become much better. Resident talents will then be able to do little metro tours while still sleeping nights in comfort of their own home yet still increase their audience.

Also, when more of the Greater Vancouver is seeing the local talent, the buzz around this talent increases. Each time the artist is out of the local suburbs the anticipation of the next show will build to such a degree that fans will actually start following the artist's touring schedule to see what's coming up for their favorites. Right now fans can count on our local artists to be playing shows in Vancouver every week or every other week and so there's no reason to keep up with their schedules.

The music community as a whole becomes healthier when the musicians and promoters take the road less travelled and book more gigs outside the downtown core. The people living in the suburbs are going to appreciate more local music coming to their community, and everyone benefits. It is very much worth the effort it takes to build these music scenes that are ready to happen outside of Vancouver's center. 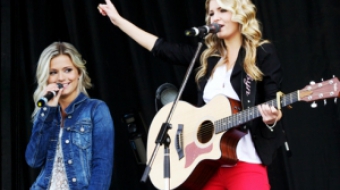 When a venue consistently has musical masters of energy flow at their location they develop a reputation and become the most attractive venue to see.
Ryan FletcherSep 26th, 2012 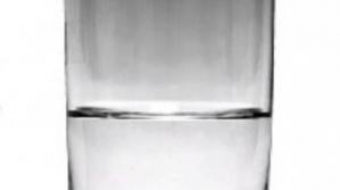 No matter what the reality, it is only the perception of what kind of scene we have that makes a difference in our live music life.
Ryan FletcherJun 23rd, 2012
Speak up about this article on Facebook or Twitter. Do this by liking Vancouver Observer on Facebook or following us @Vanobserver on Twitter. We'd love to hear from you.

Dan Mangan returns to the UK