At or near the top of the headlines the last few days is the standoff between the President of the United States and the Republican led Congress. At stake, a compromise on budgets to raise the “debt ceiling” that caps the amount the United States government is permitted to borrow. While in part this is a Machiavellian game designed to win points for upcoming elections, the stated sticking point is the issue of revenue increases (a code word for taxes). In short, the Republicans insist that no revenue increases are permissible and only spending cuts can be used to reduce the budget deficit. The Democrats, led by President Obama, would like a compromise that allows a balance of spending cuts and revenue increases.

This standoff is merely the highest stakes example of a disturbing trend in the last decades: the utter demonization of taxes. To be sure, taxes are not virtuous. They are a coercive removal of money, often hard earned, from citizens and businesses. Taxes may dissuade work. They may drive businesses to more fertile (less taxed) locals. But, taxes pay for government services. In a democracy, we elect representatives who legislate and implement policy. When we demand our health care be protected or our police forces enlarged, our elected officials increase spending. Tax revenue is required to pay for these services.

Well, it is required if one is fiscally responsible. The other option is simply to borrow – to increase programme spending while holding taxes steady (or reducing them). Sadly, this has become increasingly popular. Politicians have discovered (shockingly) that people don’t like taxes very much, and promises to reduce them garner votes. Any honest mention of a required tax increase is almost a sure fire election killer. However, people also like programme spending. They want their kids to be well-educated. They want good health care, safe streets, and clean parks.

So, our politicians promise these as well. In the end, spending exceeds tax revenue resulting in a deficit. Debt increases. This isn’t always a problem. If the value of the economy (Gross Domestic Product or GDP) increases faster than the debt, this is considered sustainable. Borrowing to invest in infrastructure programmes that have long term benefits is also reasonable. Finally, borrowing to spend in bad times (like the recent recession) to take the edge off the business cycle has a pretty good track record as economic policy.

But, the above strategies are predicated on sensible borrowing to invest, or to tide us over until the good times when, if old John Maynard Keynes (or Paul Martin) is to be followed, we pay down our debt with surpluses. When we fail to pay our debt, and simply borrow to consume, all we do is defer the tax burden to future generations. I cannot think of a more morally bankrupt policy.

Yet, this policy is precisely what we vote for time and again. In a similar vein, we enact referenda against taxes like the upcoming HST vote in British Columbia. Consider looking at California’s fiscal position to see the long term result of such actions.

I do not mean to be anti-democratic. Of course we should be able to challenge bad policy, tax or otherwise. The problem is taxes are just too easy to hate. No one likes taxes except people that don’t pay any. It hurts to have the means you have earned by the sweat of your brow reduced by fiat. When someone stands up and says “I will reduce your taxes” the initial reaction has to be “great”. When a ballot initiative or referendum is proposed to reduce or eliminate a tax, how can it not be popular?

The problem is that people vote only for the tax reduction, but not the follow-on increase in borrowing or decrease in services that is implied. So, rather than making good policy, we (or our elected representatives) make popular policy based on sleight of hand. The public isn’t stupid, just short sighted. The “borrow to spend” approach distorts the relationship between cause and effect. If politicians were to raise taxes to pay for new programmes, there would be an honest accounting for the electorate – we asked for these things and now we have to pay for it. On the other hand, when new spending is financed with debt, the electorate seems to get “a free lunch”.

There are honest discussions to be had about tax policy. I think the Value Added Taxes like the GST, HST and those found all across Europe are fine ways to collect government revenue with relatively low negative economic impact and administrative costs. However, you might argue they can be regressive. The size of government and required taxation level is also a fair debate. I would say that, in Canada, we currently enjoy a reasonable compromise between the United States (taxes almost certainly too low to sustain a modern society) and Europe (probably too high for a dynamic economy). You may reasonably disagree.

What is unreasonable is to scream bloody murder at the mere thought of raising taxes while happily enjoying the benefits of a modern state. It is unreasonable to demonize one’s political opponent for daring to consider a tax increase when your own record is to borrow and spend. And, it is unreasonable to vote down a tax in a referendum without having given serious thought to the alternatives like a return to the complex Provincial Sales Tax or an increase in deficit financing. 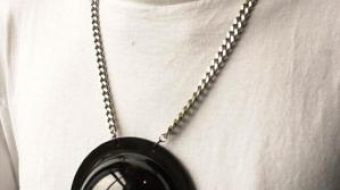