SFU recently hosted a symposium to discuss the Komagata Maru (1914) and celebrate the launch of a new website dedicated to documenting this infamous incident from Canada’s history. 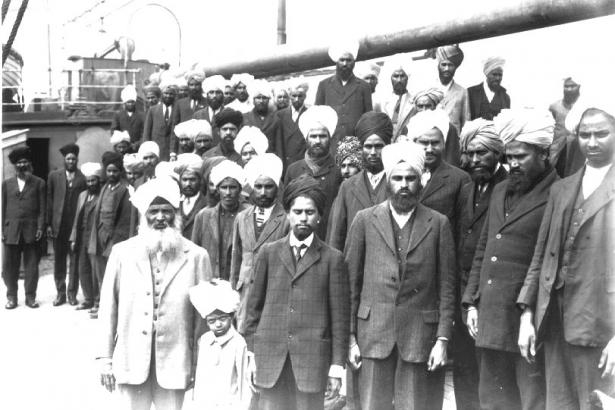 What do the Vancouver Millionaires hockey team have to do with the Komagata Maru, the ship carrying Indian immigrants that was forced to return to India in 1914 due to racist laws of the time?

Hockey superstar Fred W. “Cyclone” Taylor, who moonlighted during the off-season as an immigration officer, was one of the officials who prevented the ship from docking in Vancouver’s harbour nearly a hundred years ago, stranding 376 Indians for weeks just 1km from the shoreline.

That’s one of the facts about this troubling chapter in Canadian history that I picked up during a break at a recent symposium held at SFU’s library in Surrey. The full-day event invited scholars, artists and members of the community together to discuss the Komagata Maru, and also unveiled a new website dedicated to documenting The Incident for future generations.

“The story of the Komagata Maru has taken on mythic qualities,” says Naveen Girn, the cultural researcher and digitization specialist on SFU’s Komagata Maru Project Management Team. “I wanted to bring a variety of voices to the discussion—on gender, race and class—and the website is the perfect medium for representing many stories as opposed to one.” 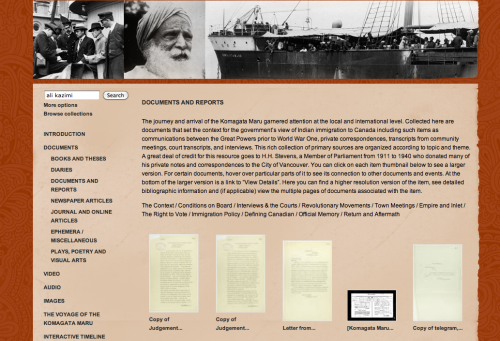 Screenshot of Documents and Reports section on komagatamarujourney.ca

To ensure maximum accessibility, the site is available in four languages: English, French, Punjabi and Hindi. Likewise, lesson plans prepared by retired SFU education professor Roland Case of the Critical Thinking Consortium ensure that elementary and secondary school children are also educated on the lessons afforded by the Komagata Maru.