Feminist peace advocates call on Canada to do its job

Christine Ahn, the founder and International Coordinator of Women Cross DMZ, was among a delegation of women peace activists who met with Canadian Minister of Foreign Affairs Chrystia Freeland.

"We primarily expressed our concern for the disingenuous approach led by the US to apply maximum pressure on North Korea, when In fact we know it’s really just a continuation of strategic patience which failed to denuclearize North Korea, and has harmed ordinary North Korean people," Ahn said.

The group of women urged Freeland to express unwavering support of the path for peace being laid between the two Koreas and support a longer term process of women’s peacebuilding from the region.

"She was mostly there to listen to us," she said.

Twenty ministers were meeting at the Foreign Affairs Ministers Meeting on Security and Stability on the Korean Penninsula.

The ministers should put a  ‘feminist’ foreign policy to work, Ahn told Vancouver Observer. This would mean Canada would include the pursuit of gender equality in all of the government’s foreign policy aims.

“Women think about the practical implications of conflict, the effects on communities, infrastructure, economy, and families— and once they reach an agreement, it is women who are able to get community buy-in to make sure peace is lasting”. 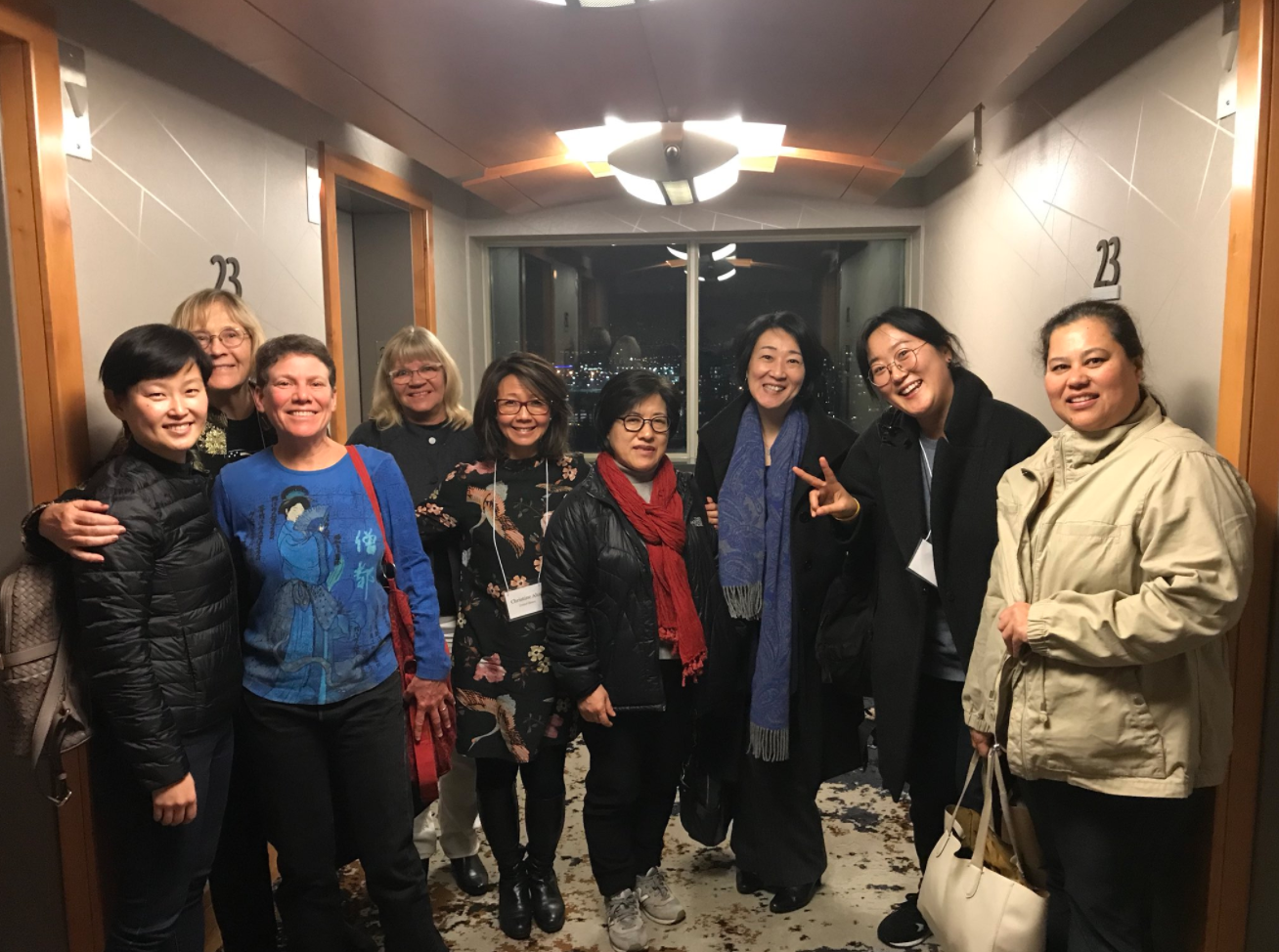 An international delegation of women experts arrives in Vancouver, B.C. on Jan. 13, 2018 ahead of a summit on peace and stability in the Korean Peninsula. Photo courtesy of Women Cross DMZ on Twitter.

“We know the inclusion of women peacemakers in the Vancouver meeting of foreign ministers would lead to a better outcome for all involved because women’s inclusion in peace processes not only leads to effective peace agreements, but also more durable ones,” Ahn said.

A study by Inclusive Security, which spanned three decades, 40 peace processes, and 182 signed peace accords, found that when women’s groups were involved in the peace process, an agreement was reached in all but one case.